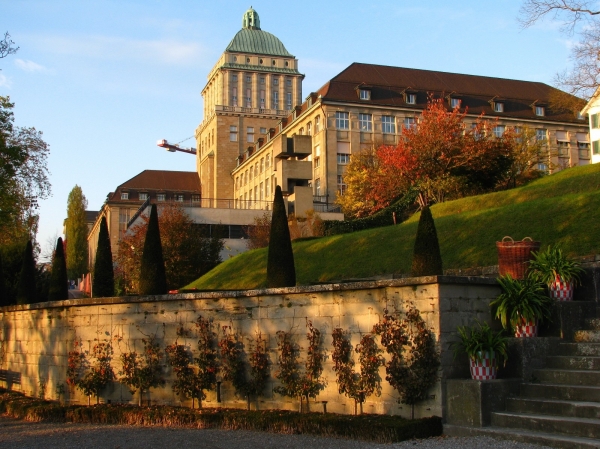 Founded in 1833, the University of Zurich (UZH) was the first university in Europe to be established by a democratic government rather than a monarch or the church. Now the largest university in Switzerland, it is home to 26,000 students and comprises seven faculties offering over 100 degree programmes at undergraduate and postgraduate level. UZH is a member of the League of European Research Universities, placing it among Europe’s most prestigious research institutions, with a particularly strong reputation in the fields of medicine, immunology, biology, genetics, neuroscience and economics. Although its undergraduate degrees are mainly taught in Swiss Standard German, Masters’ courses are all taught in English. The university maintains active links with the community and possesses an ethos that states all knowledge and research should be shared with the public. Consequently, the general public is granted access to its twelve museums and numerous libraries, and many of the university’s research findings are made accessible in the form of public lectures and panel discussions. UZH also has close collaborations with other universities in Switzerland, including the Swiss Federal Institute of Technology Zurich, and across Europe. The institution has a long tradition of forward-thinking and progressive policies. It was an early pioneer for women’s rights in education, for example, and was the first university in the German-speaking world to award a doctorate to a female student. It also boasts associations with 12 Nobel Laureates, including Albert Einstein and Wilhelm Conrad Röntgen, who first detected X-rays. Zurich is a major city for business and finance, as well as culture - home to myriad museums, art galleries, theatres and orchestras. In 2015, the Economist Intelligence Unit's Global Liveability Ranking placed Zürich among the top ten most liveable cities in the world. All three of the university’s campuses are located near the city centre and are easily accessible by public transport.

Quality and diversity of fields of studies are fine, student life and student association is great, professors are well informed but lack sometimes methods, a lot of additional events are happening, students have a right to shape the agenda, but...

Quality and diversity of fields of studies are fine, student life and student association is great, professors are well informed but lack sometimes methods, a lot of additional events are happening, students have a right to shape the agenda, but we could still do better