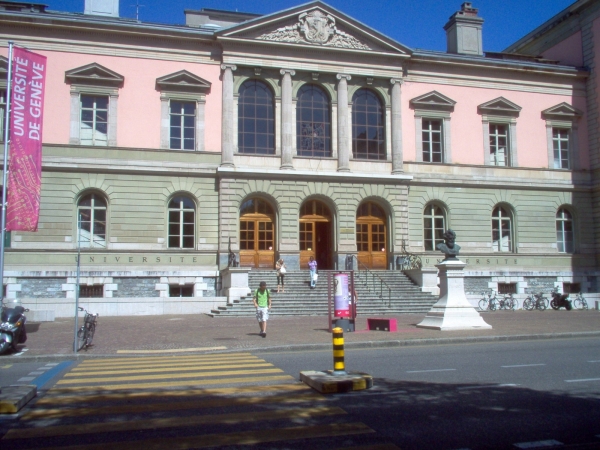 With a cohort of over 16,500 students from 150 different nationalities, the University of Geneva (UNIGE) is Switzerland’s second largest university.

It was originally established as a theological seminary in 1559 by leading French theologian and pastor, Jean Calvin. It was granted university status in 1873 when it also relinquished its religious affiliations and became a secular institution.

UNIGE offers almost 300 degrees programmes. Although its undergraduate courses are taught primarily in French, the university also offers a number of masters programmes in English.

It is also a leading research university and a member of the League of European Research Universities, along with other renowned research-led institutions such as the Universities of Oxford and Cambridge, and Imperial College London. UNIGE claims associations with 10 Nobel Prize winners.

UNIGE boasts strong links with international organisations such as the World Health Organisation and the United Nations, as well as partnerships with several global universities including Princeton University in the US, Yonsei University in South Korea and the University of Sydney in Australia, with which student exchanges take place.

The university plays a strong emphasis on physical health and its Bureau des Sports provides students with free sports classes on a daily basis. Competitive sport is also encouraged with UNIGE teams regularly competing in the Swiss university championships in skiing, basketball and ice-hockey.

Geneva itself is considered one of the leading cities in the world for its quality of life. Situated on the shores of the largest lake in Western Europe, and only a short distance from the Alps, its natural surroundings make it an ideal location for hiking, skiing and water sports.

With a diverse and international population, Geneva offers a vibrant, multicultural experience. Students can enjoy the city’s many museums, late night cafes and live music venues. In the summer, its world-famous Fêtes de Genève festival offers a programme of over 160 free shows.

The university of Geneva is in the center of Geneva, not far from local attractions, the Leman Lake and the mountains. I like the facts that it’s international, a lot of students come from all around the world, especially to study economics...

The university of Geneva is in the center of Geneva, not far from local attractions, the Leman Lake and the mountains. I like the facts that it’s international, a lot of students come from all around the world, especially to study economics (bilingual program - French/English) and international relations, to work at the UN, WHO, WTO, etc. Switzerland being a calm country, there is not a crazy amount of parties held by the University. If you’re part of international students groups (Erasmus), there is a good chance that you will have somewhere to go out everyday. The quality of the education is very high, and the teachers come from everywhere around the world. The UNIGE is very inexpensive as well : 500 Swiss francs/semester, so a total of 1000chf per year. A little extra this year : 2 Nobel Prizes out of 3 at Geneva University! This should impact the global ranking of the university in the Shanghai ranking.

ETH Zurich
Established in 1855 as the Federal Polytechnic Sch ...