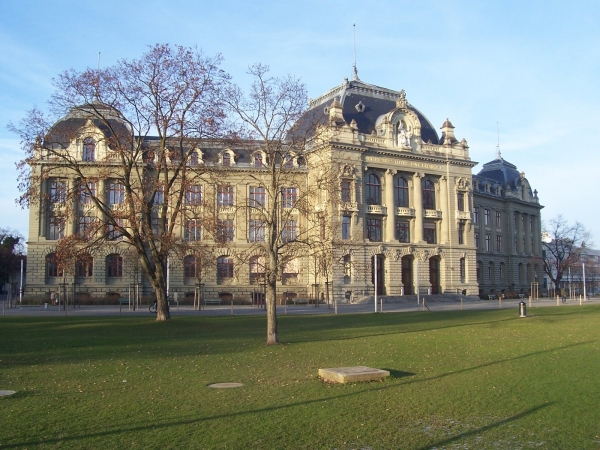 The University of Bern, based in the Swiss capital, was officially founded in 1834 - although it can trace its roots back to the 16th century, when it became compulsory for monks to be educated in a higher education institution. It was in the 1800s, however, that the university was officially founded, growing in size throughout the 19th and 20th centuries in line with the city of Bern’s own booming fortunes. The university played a key role in the evolution of women's studies. Even in 1870, the the institution had a female student -Catharina Gontscharoff - registered. In 1899, the institution’s Female Students' Society was established, representing women's interests. Its motto was: "Same Rights, Same Duties". The university has some prestigious former faculty members. Albert Einstein taught theoretical physics at Bern in 1908, and the following year the Russian philiospher Anna Tumarkin became a professor (and the first European lecturer to accept PhD students). The University of Bern is not located on a single, main campus. Instead, its faculties and schools are based in the Länggasse area - a district net to the city centre known as the academic part of the town. The institution has also obtained and repurposed other buildings in the area. Its Faculty of Theology (along with some other faculties), for example, is based in a former chocolate factory. Another former factory known as the vonRoll site is also to be turned into a university building, and will house the Department of Social Sciences. Famous alumni of the university include philosopher Walter Benjamin, Nobel Prizewinner for chemistry Kurt Wüthrich, and the writer John le Carré.

I would definitely recommend the University of Bern to all students who are considering attending it. It has a beautiful campus located right in the city center of one of the most student-friendly cities in Switzerland. The faculty is...

I would definitely recommend the University of Bern to all students who are considering attending it. It has a beautiful campus located right in the city center of one of the most student-friendly cities in Switzerland. The faculty is knowledgeable and the courses are good. I studied Biomedical and Medical Engineering at Master's level, and the quality of the education is among the best in Europe. The university is also very international, with lectures in English, which facilitates the inclusion and participation of foreign students. German is also widely spoken at the university and the city of Bern, making it appealing and interesting to experience a different language and culture. The cost of living in Bern is, however, high, so I would not necessarily recommend attending the university in case you are self-funding your studies.

University of Neuchâtel
The picturesque town of Neuchatel, located on the ...