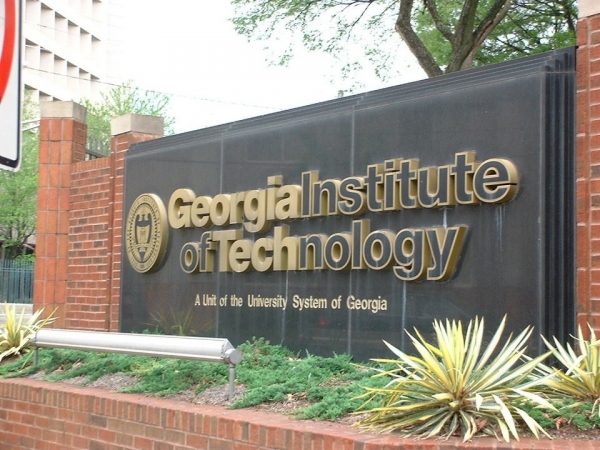 The Georgia Institute of Technology (Georgia Tech), founded in 1885 as a trade school, is among the world’s leading technological and scientific research institutions. It has been ranked by Tech. Co as North America’s top public university for ‘the best-equipped graduates to make an impact in the world of technology’, and among the top 10 public universities in North America by U.S. News and World Report. It also produces more women engineers than any other institution in the nation. The university caters for more than 21,500 students in total and offers degrees through the colleges of Design, Computing, Engineering, Sciences, the Scheller College of Business and the Ivan Allen College of Liberal Arts. Boasting state of the art resources and strong partnerships with business, industry and government, it comprises more than 100 centers for interdisciplinary research. The university’s Invention Studio, a 3,000 square-foot, student-run space, is open 24 hours a day, to allow students to generate ideas and develop prototypes in a collaborative environment. Located in the Midtown district of Atlanta, the state capital, Georgia Tech offers a lush 400-acre, tree-lined campus in the heart of the city, as well as a collegiate atmosphere incorporating 20 intramural sports, 43 sports campus, campus traditions and approximately 400 student organisations. Atlanta is a major global city and, away from campus, students have access to a vast range of cultural attractions, economic and recreational opportunities. The city is also famed for being the birthplace of Martin Luther King Jr, with Atlanta playing an integral role in America’s Civil Rights Movement. In 1961, the university became the first in the Deep South to admit African-American students without a court order, while women students were first enrolled in 1952. Vocational study is offered at Georgia Tech with students encouraged to get involved in community service projects and to develop practical skills that will help them secure high-end jobs. Its Centre for Career Discovery and Development is regarded as one of the best university career support offices in the country.

Mishele
This comment was minimized by the moderator on the site

Comprehensive list of electives, lots of opportunities to take courses from other departments. Great campus and excellent library. All facilities available on campus, great faculty, especially my studio professor and public policy professor. The...

Comprehensive list of electives, lots of opportunities to take courses from other departments. Great campus and excellent library. All facilities available on campus, great faculty, especially my studio professor and public policy professor. The MCRP program itself is always involving students in the decision making process for the department, especially the future of reading material and faculty nominations. Tech has room to improve in terms of broadening it’s course material to varying schools of thought (Marxism etc), as well as varying types of reading material, but our department has had discussions on this and is definitely taking steps to get there.

I highly recommend being a part of Tech if you are interested in research. Lots of options in terms of electives and courses. In short, a great school with numerous resources and highly qualified faculty.

Georgia Tech is an amazing school for Computer Science and other Engineering majors. It consistently ranks high for the same. The research and startup culture is top notch. Starting salaries are also one of the highest in the world.