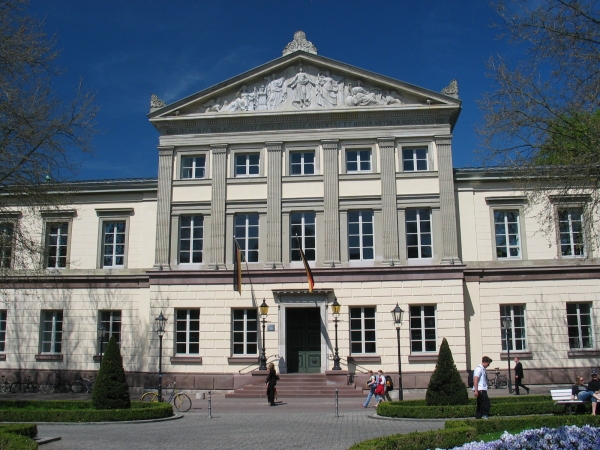 Regarded as one of the most prestigious universities in Germany, the University of Göttingen is located in the historic Saxon town of the same name, in the centre of Germany. Established in 1737, the university – informally known as Georgia Augusta – is home to about 26,000 students, 11% of who are international. A research-led university, Göttingen has associations with over 40 Nobel Prize winners, including physicists Max Born, Werner Heisenberg, Max Planck and Otto Stern. The Brothers Grimm both taught at Göttingen and its alumni includes the statesman Otto von Bismarck, philosopher Arthur Schopenhauer, poet Heinrich Heine and sociologist Max Weber. Napoleon once said of Göttingen that it belonged ‘to the whole of Europe.' It was founded by England's King George II in his capacity as Elector of Hanover, and the university’s library, founded in 1734, was the first comprehensive academic library of European standing. In the first part of the twentieth century, Göttingen was regarded as the centre of the mathematical world – a position it lost in 1933 when more than 50 of its faculty were forced to leave the University under Nazi rule. After World War II, Göttingen was the first university in Germany to resume teaching, going on to become one the largest higher education institutions in the country.    The modern Göttingen offers a wide range of degree programmes, particularly in the humanities, with almost all academic disciplines represented across its 13 faculties. It prioritises creativity, in particular, with students and faculty encouraged to engage in creative thinking as well as acquiring methodological knowledge. The university’s profile is further enhanced by its partnerships with several local research partners, including the Göttingen Academy of Sciences, the German Aerospace Centre and five Max Planck Institutes, which work with the university to provide an alliance of collaboration in research and teaching. Göttingen is itself a hub of culture and creativity, hosting many events and festivals throughout the year including the international Handel Festival, which celebrates German baroque music.

University of Kiel
Despite a history dating back to 1665, Kiel Univer ...