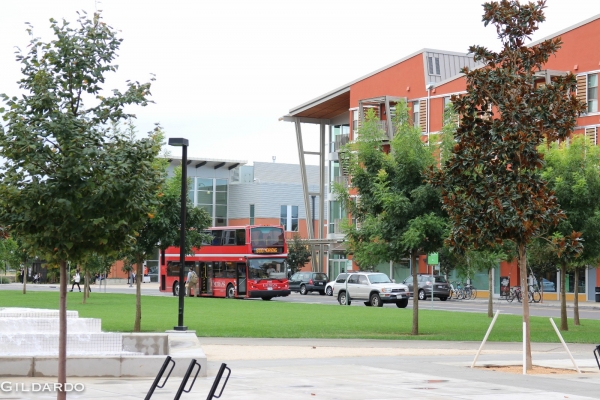 The University of California, Davis – part of the University of California system – is located in the city of Davis, in northern California’s Yolo County. Founded in 1905 as University Farm, it began offering short courses to farmers in 1908 and had an enrolment of just 18 students. By 1914, its first women students had arrived on campus. The institution acted as the research and science-based instruction extension of UC Berkeley and, by 1959, it had become a general campus of the UC System. Today, the university's main campus is in the college town of Davis and spans 5,300-acres. It includes an Arboretum with 17 gardens and 4,000 tree specimens, as well as an equestrian centre, a student farm, several athletics fields and a 105,000 square foot sports stadium. UC Davis offers around 200 undergraduate and graduate degree programmes to approximately 35,000 students. The student to staff ratio at the university is 18:1 It is organised into four main colleges, in Agricultural and Environmental Sciences, Biological Sciences and Engineering, and the College of Letters and Sciences. It also includes a Graduate School and a number of professional schools. Study abroad options are available to students in 30 countries around the world and at over 100 international partner universities. On campus, students can join more than 700 clubs and 80+ athletics and club sports teams, which go by the name of the 'Aggies' and have Gunrock the Mustang as their mascot. The university is 20 minutes away from Sacramento, the state capital, which is nestled in the foothills of the Sierra Nevada mountain range. Lake Tahoe, Napa Valley and the San Francisco Bay Area are all within a two-hour drive. Its motto, Fiat lux, translates into English as ‘Let there be light.’

Max
This comment was minimized by the moderator on the site

UC Davis is a wonderful school for a student hoping for a small town feel without being stuck inside of rural area. The town of davis has only 70,000 people, about half of whom are students of the school. This makes Davis an authentic college...

UC Davis is a wonderful school for a student hoping for a small town feel without being stuck inside of rural area. The town of davis has only 70,000 people, about half of whom are students of the school. This makes Davis an authentic college town, with incredibly convenient bike access to the entire city. A large UC school like davis, with about 25,000 undergrads, has a large selection of majors and plenty of resources to put students in a position for success moving forward.

Brown University
Founded in 1764, Brown is the seventh oldest unive ...