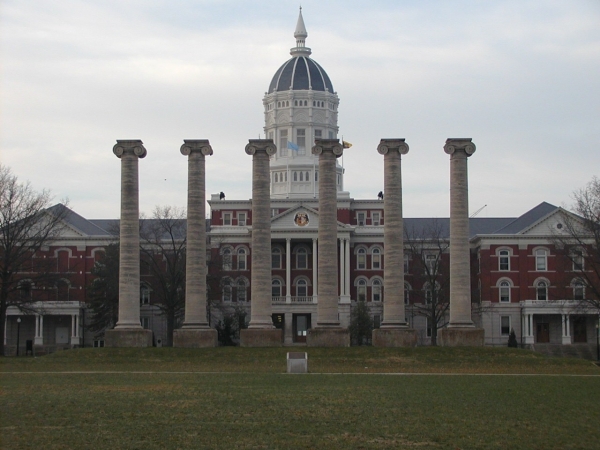 The University of Missouri’s 35,000 students hail from every county in the state, every state in America and roughly 120 countries worldwide.

Founded in 1839, it was the first public university to be established west of the Mississippi. Through its 18 colleges and schools, Mizzou – as it is known – offers more than 300 degree programmes, including 89 online courses.

As well as this, it claims to be one of just six public universities in the US that houses a medical school, veterinary medicine college and law school all on one campus.

Through its International Centre, it has the largest study abroad programme in Missouri with around 1,000 students each year seizing the opportunity to enhance their education overseas.

As a member of the Association of American Universities, it has an advantage when attracting external funding and recruiting staff and students. It has an annual budget of over $2 billion, an endowment of around $852 million and spends roughly $246 million on research.

Mizzou has a living alumni network of over 300,000 people worldwide. It boasts a number of famous actors as graduates including Brad Pitt, George C. Scott and Chris Cooper to name a few.