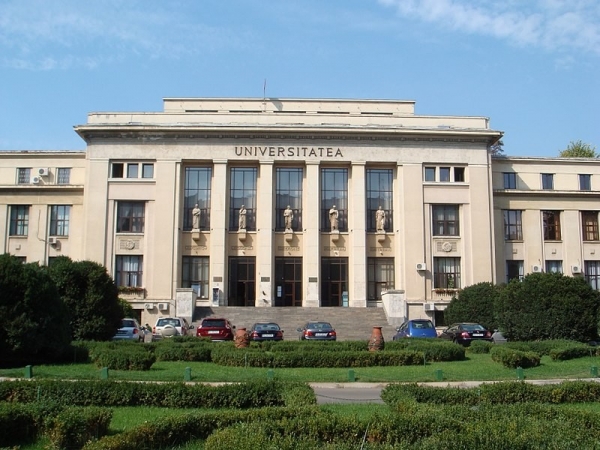 Founded in 1864, the University of Bucharest (UB) was formed out of the former Saint Sava Academy, which itself was established in 1694. It is a modern public research university and is the second oldest in Romania.

Today, UB caters for both undergraduate and postgraduate students with degrees offered in social sciences, humanities and natural sciences. There are roughly 32,000 students including 1,000 foreign students. Around 40 undergraduate fields of study are available with more than 100 majors as well as 180 postgraduate programmes.

The university’s stated priority areas of research are: the environment, new materials, and cognitive sciences.

Spread throughout the city, it is difficult to pinpoint the exact boundaries of the university campus. However, its two main buildings are considered to be the Old Building, situated in University Square, housing many of the faculties, and the Kogălniceanu Building, which is near the Opera House.

The Carol 1 Central University Library, which dates back to 1865, was the first large university library in Romania to introduce an integrated computer system. It now has an integrated system with fourteen branches around the university all functioning within its faculties.

The University of Bucharest is one of sixteen public research universities in the Romanian capital.