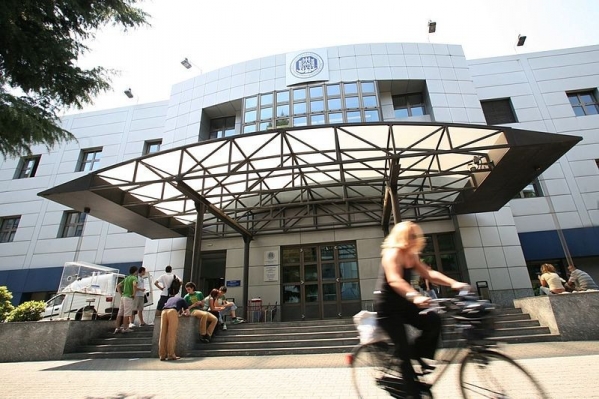 The University of Bergamo was established in 1968 in the Lombardy region of northern Italy. Originally founded under the name "the Institute of Foreign Languages and Literature", the university was renamed in 1990 following the addition of several new departments.

Today this state-supported university has seven departments, located around the town after which it is named. There are three main campuses: the Campus of Economics and Law, which is located in central Bergamo; the Campus of Humanities, in the medieval upper city; and finally the Campus of Engineering, which is situated in the industrial area of Dalmine, about 8 kilometres southwest of Bergamo.

The University of Bergamo offers a number of courses in English, which has helped it develop an array of international partnerships. An agreement between Fairleigh Dickinson University in New Jersey, US, and the University of Bergamo allows students to spend a semester studying abroad in either Italy or the US. There are several other partnerships in place with universities all over the world, including in Australia to Turkey.

The Marco Polo Project, that aims to strengthen academic ties between Italy and China, is another scheme with which the university is involved. The University of Bergamo is also one of 25 Italian universities involved in the Science Without Borders project, a Brazilian government initiative designed to help Brazilian students participate with academic and research studies across the world.

One notable former student is the founder and editor-in-chief of academic journal Academicus, Arta Musaraj, who studied for her PhD in Bergamo.

PhD in Busines and Law

Martina
This comment was minimized by the moderator on the site

In general I di like my university and the courses that provide But one thing that I would like to change is the organization of classes in the department of languages Would be nice to give the possibility to all the students to follow language...

Luca
This comment was minimized by the moderator on the site

The University of Bergamo has won several accomplishments in the latest years. Its development was very burgeoning in the last decade and last year it announced several more projects regarding infrastructures. The University is rooted in the city...

The University of Bergamo has won several accomplishments in the latest years. Its development was very burgeoning in the last decade and last year it announced several more projects regarding infrastructures. The University is rooted in the city in every possible sense: from activities and business but also buildings. It is very oriented towards the international level and mobility programs. It works a lot with the local Erasmus associations such as AEGEE-Bergamo and promoted its project such as yearly Summer Universities and the Agora, the one even that brought more than a thousand European students into the town back in 2016. Despite not being perfect, its problems are manageable. As it is this young (less than 50 years old) it is still not that renowned center of research and even if its impact on the territory is somewhat relevant it is not that great scaled to the national level. Several modern projects are still at their beginnings and need that polishing that only time will give. One of its biggest flaws is that it is among the universities at the bottom of record for the ratio administrative personal:students: communications are not that immediate and it is hard for employees to dedicate to students as much as they would like.