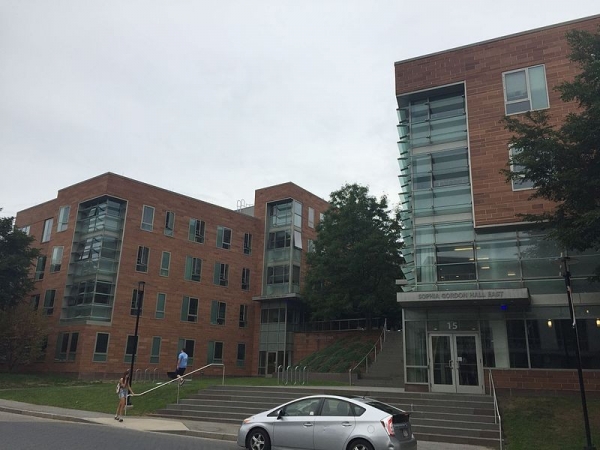 Founded in 1852, Tufts University is a private research university based in Medford, Massachusetts, with two additional US campuses in the cities of Boston and Grafton – also in Massachusetts – and another in Taillores, France.

Attracting nearly 12,000 students a year, it is a medium sized American university.

The Medford campus houses some of the university’s oldest buildings. It features the Schools of Arts and Sciences, the School of Engineering, the Fletcher School of Law and Diplomacy, and the Jonathan M. Tisch College of Citizenship and Public Service.

The Boston campus is mainly centred in the Chinatown district. It is home to the Schools of Medicine, Dental Medicine, Graduate Biomedical Sciences, Nutrition Science and Policy, and the Human Nutrition Research Centre on Aging.

The Cummings School of Veterinary Medicine is based in the Grafton campus, comprising more than 600 acres of land and located to the west of Boston.

Its Taillores satellite campus is situated in a picturesque alpine environment and has been recognised by the National Association of Branch Campus Administrators as one of the best branch campuses.

Initially used to host summer camps, the Taillores campus was given to Tufts in 1978 and now caters for summer study programs, where students are encouraged to live with local families and immerse themselves in French culture and language.

Tufts University lays claims to more than 45 interdisciplinary centres that focus on research within a range of topics from medicine, science and technology, to animals and the environment.

In addition to its Taillores summer programs, Tufts’ students can also take advantage of the many opportunities to participate in full-year or semester-long programs at its various overseas partner universities.

BS in Food Systems and Nutrition

Keisha
This comment was minimized by the moderator on the site

I think Tufts University has an awesome student body. Most people are very kind, open-minded and willing to help each other out. There are a lot of ways in which the school tries to support different groups in campus. I’ve appreciated the fact...

I think Tufts University has an awesome student body. Most people are very kind, open-minded and willing to help each other out. There are a lot of ways in which the school tries to support different groups in campus. I’ve appreciated the fact that I came in not having a computer science background and felt comfortable joining the field. Furthermore, I’ve appreciated the spaces for women in tech on campus. The housing is not guaranteed for all 4 years so that can be a stressful thing the manœuvre. The academics can be very rigorous and a culture of perfection plagues the student body. But if you simply run your race and steer clear of comparison, your experience on campus can be relaxed. As expected the winters are pretty brutal and no, you don’t get used to it unless you’re from here.