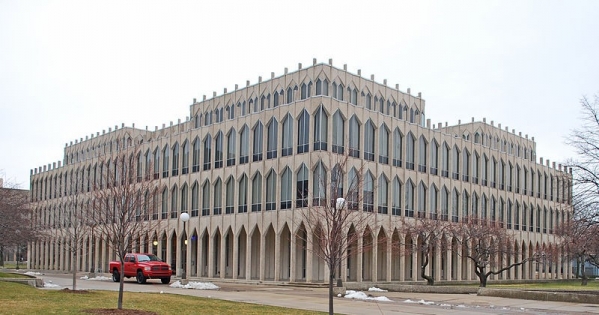 Wayne State University (WSU) strives for “industry, intelligence, integrity” according to its motto. Founded in 1868 as Detroit Medical College, now the university’s School of Medicine, it has expanded over the years to become an urban research institution made up of 13 schools and colleges.

With over 100 buildings located in the beating heart of Detroit, WSU offers nearly 350 degree and certificate programs to approximately 28,000 students.

Students of the university call themselves the Wayne State Warriors. They flock from nearly every state in the US and roughly 60 countries worldwide. For this reason, WSU claims to be the most diverse student body out of all 15 of Michigan’s public universities.

Its urban campus is located on 238 acres in what is known as Detroit’s Cultural Centre Historic District, filled with galleries, museums and theatres. The area is also well known for its lively history of rock ‘n’ roll culture, which saw the genesis of bands like the White Stripes and the Stooges, while the first rock journal Creem was also born there.

With over four million volumes, the American Library Association has ranked the WSU library as the 75th largest collection in the United States. Its Walter P. Reuther library of labour and urban affairs is also the largest of its kind in the US.

Wayne State is renowned for its academic and research excellence — particularly its strength in the health sciences — and holds the Carnegie Foundation’s highest designations for research activity and community engagement.

Along with Michigan State University and the University of Michigan, Wayne State is part of the University Research Corridor, a consortium of Michigan’s top research universities that conducts 95 percent of all the academically funded life, medical and health sciences research and development in the state.

Notable alumni include the late Philip Levine, Pulitzer prize-winner and poet laureate for the US, 2011-12, whose poems often focussed on working-class Detroit.