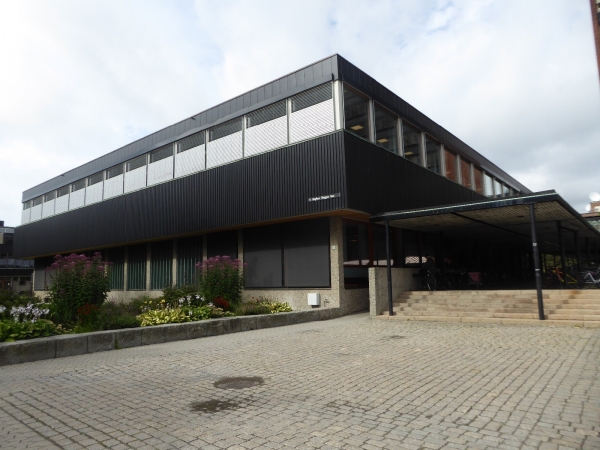 The University of Oslo (UiO) was established in 1813. It was Norway’s first university, founded when the city after which it is named was still just a provincial town called Christiania. Since then it has made academic breakthroughs in law, science (especially maritime science) and played a key role in Norway's liberation from Denmark. UiO’s original campus is located in the heart of the city, next to the royal palace and parliament. Its main Blindern campus is a subway ride from there, close to forested hills and offering views of Oslo Fjord. In 1933, an astronomical observatory was built, still standing to this day, and from 1913-1989 it was home to Norway's national library. The university constitutes Norway’s largest research institution comprising eight faculties: Theology, Law, Medicine, Humanities, Mathematics and Natural Sciences, Dentistry, Social Sciences, and Education. It offers over 800 courses, all taught in English, with 40 Master’s degree programmes also taught in English. UiO is home to its own museum of cultural history, housing three Viking ships including the best preserved and first ever excavated. Since the university’s founding it has also prided itself on being an 'elite school' for upper secondary school teachers. Five Nobel Laureates are associated with the university. They include chemist Odd Hassel, economist Ragnar Frisch and Ivar Giæver, an electrical engineer who worked on electron tunnelling and biophysics. Jens Evensen, a former student of the university and an expert in international law, is responsible for much of Norway's sovereign wealth. He formulated the sentence, ‘The right to subsea natural resources lies with the state,’ which allowed the country to lay claim to the natural resources along its coastline. Oslo itself is home to 600,000 people, comprising 10% of Norway's entire population. Of the city’s 60,000-strong student population, almost 75 % are from outside Oslo.

How to Write a PhD Research Proposal