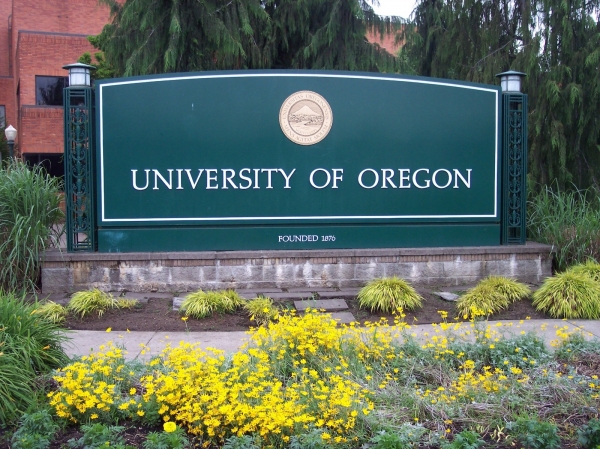 The University of Oregon is one of just 36 public institutions that can claim to be members of the prestigious Association of American Universities, and one of only two that are located in the Pacific Northwest. Set between mountains and an ocean, the University of Oregon is located in the City of Eugene along the Willamette River. Eugene’s official slogan is ‘A Great City for the Arts and Outdoors’; it’s also known as ‘Emerald City’. It was founded in 1876, at a time when the state was experiencing financial difficulties: in 1881, an $8,000 debt almost resulted in the university’s closure. Overcoming these obstacles, it grew to become a thriving community comprising tens of thousands of students and faculty members. The university’s main campus is located across 81 buildings and set in 295 leafy acres of land, where most undergraduates live during their first year. Student athletes at the university call themselves ‘Ducks’, play in eighteen different varsity teams and have 24 national championships to their name. They are best known for their football, and track and field prowess, which has helped Eugene come to be known as ‘Track Town, USA’. The university’s sports facilities include a 12-lane lap pool, a spa, a climbing wall and bouldering area, and 21 badminton courts. There are students from every US state at the university, and international students are drawn from around 100 different countries, with the university offering 200 study abroad programs in 90 countries. Its alumni include seven US governors, two Nobel Laureates, 13 Pulitzer Prize Winners, 19 Rhodes Scholars, 13 Olympic medallists and six members of the National Football League. The university’s Outdoor Program is renowned as the birthplace of modern collegiate outdoor programs, and its students are regularly to be found hiking, rafting and mountain biking in between classes.

Overall, the University of Oregon is a great place to study! The campus is a perfect blend of green and lush while also being cutting-edge and modern. The people are very friendly, and there are lots of clubs and organizations to get involved...

Overall, the University of Oregon is a great place to study! The campus is a perfect blend of green and lush while also being cutting-edge and modern. The people are very friendly, and there are lots of clubs and organizations to get involved with. Some of the academic programs are much stronger than others, and intro classes and requirements can be frustrating. However, the location is great and students can easily access the beach, mountains, or city of Portland.