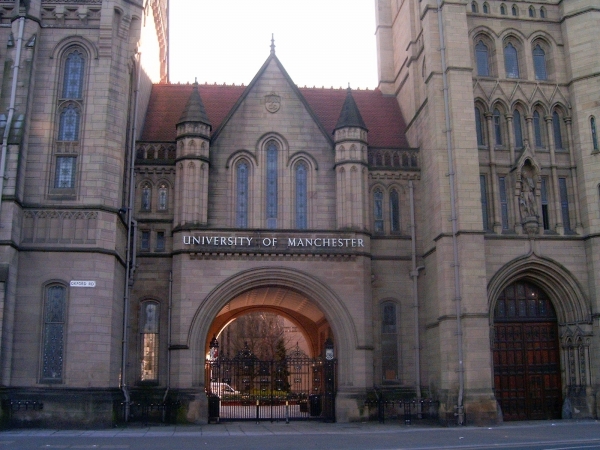 The University of Manchester is a Russell Group University. With almost 40,000 students, it boasts the largest student community in the UK. With all its higher education institutions combined, the city of Manchester has the largest student population in Europe, which makes for a lively and welcoming atmosphere for its student body, that come from all over the world. Teaching at the university is divided into four faculties, each housing individual schools. These are the faculties of Life Sciences, Humanities, Medical and Human Sciences, and Engineering and Physical Sciences. The university campus, situated on Oxford Road, is the largest estate in UK higher education, spanning 270 hectares with 245 buildings, 24 of which are listed. It is within walking distance from the city centre and close to Curry Mile, a road famous for its curry houses and Middle Eastern supermarkets. Travelling up Curry Mile, you find yourself in Fallowfield, the student village that is home to many of the university’s halls of residence as well as a vast array of pubs, bars and food outlets. The university’s library holds more than four million printed books and manuscripts, over 41,000 electronic journals and 500,000 e-books. It is also one of just five National Research Libraries. The John Ryland’s Library, located in town, is a grade-I listed neo-Gothic building that houses 250,00 printed volumes and more than a million in its archives. Other notable buildings owned by the university are the Whitworth art gallery, which has benefited from a recent £15 million renovation, the Manchester Museum, and the Jodrell Bank Observatory in Cheshire. Manchester claims to having the largest alumni network of any campus-based university in the UK, comprising more than 300,000 people from over 190 countries. Among them are the actor Benedict Cumberbatch and the physicist Brian Cox. In addition, the university also counts 25 Nobel Prize winners among its current and former staff and students.

Durham University
Durham’s University College was founded in 1832 be ...