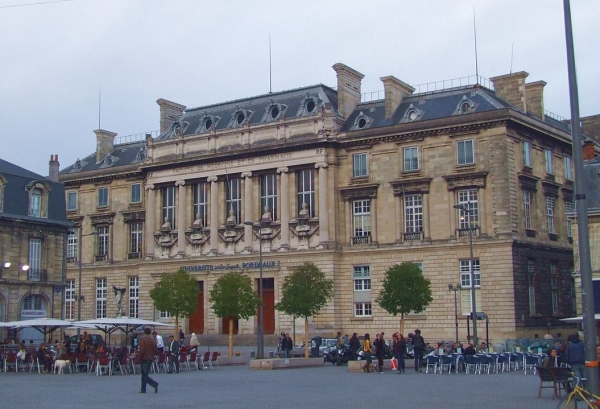 Ranked among the top universities in France for the quality of its academic courses and research, and n°87 in the Times Higher Education Young University Ranking, the University of Bordeaux is a “Campus of Excellence” supported by a significant endowment from the French government since 2011.

This multidisciplinary, research-focused, international institution leads the “Initiative of Excellence”, and was one of the first universities in France to obtain confirmation of this program in 2016. Via this program, the University of Bordeaux develops innovative training, research and knowledge transfer programs in numerous fields of excellence and in partnership with other educational institutes in Bordeaux.

The University welcomes more than 56,000 students, of which almost 2,000 are PhD students and 7,200 are international students. Around 5,900 staff members are employed by the University, of which 3,200 are academic and research staff.

The university counts nearly 700 partner universities based in over 80 countries and has dedicated exchange programs with more than 60 countries worldwide.

A wide range of international study programs have been developed enabling students to study in English (or other languages) and/or that offer the possibility of studying abroad and/or completing joint or double degrees.