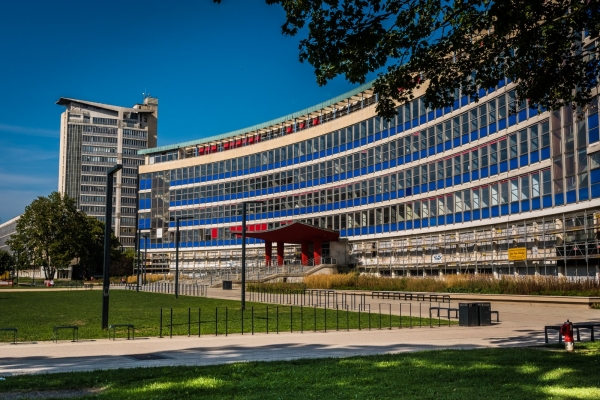 The University of Strasbourg dates back to the 16th century, but the institution in its current form was founded in 2009, following the merger of Louis Pasteur, Marc Bloch and Robert Schuman universities. The university was divided into these three institutions in 1971.

The university offers a range of degrees including diplomas, bachelor’s, masters’s, and doctoral courses.

The largest proportion of its students undertake courses in law, economics, and management and political science, but there are also courses in arts, literature and languages; humanities and social sciences; health; and sciences and technology. Overall, Strasbourg has 37 education and research departments, faculties, schools and institutes and a further 72 research units. The university’s Institute for Advanced Studies aims to support ground-breaking research across scientific disciplines.

The university has a large proportion of international students, most of whom come from other countries in the European Union. There are also high numbers of students from Africa and Asia, some students from America, and a small proportion from Oceania. The university’s International University House offers services to students, staff and researchers from across the world and includes accommodation.

Strasbourg is a founding member of the League of European Research Universities, an association of 21 institutions.

The university raised €22.5 million through a fundraising campaign between 2010 and 2014 – the largest amount raised in a campaign by a French university. It has contributed towards research and training programmes and facilities and scholarships.

In 2015, the university transformed its campus, with new lawns, walkways, seating areas and bike racks, and outdoor WiFi access points.