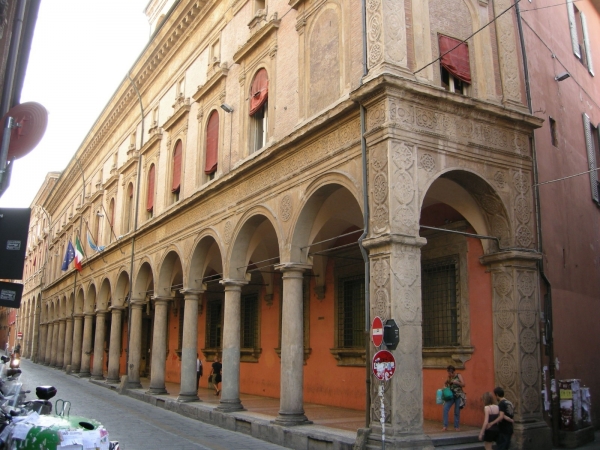 Founded in 1088, Bologna University is the oldest university in the world and it has been student-centred whilst attracting prominent figures from science and the arts. Today it is a leader in the European Higher Education Area and famous for its beauty and integration with the city. Its teaching catalogue is diversified and tailored to the needs of present-day society: 221 degree programmes of which 78 international and 62 taught in English, 33 Departments and over 87,000 students. A further 4.000 are candidates for its PhDs and 3rd cycle programmes. The calibre of its graduates, its internationally renowned teachers and its quality research give it a competitive edge, especially in the job market.

The University of Bologna has a Multicampus structure, with campuses in Bologna and the Romagna region - Cesena, Forlì, Ravenna and Rimini, and permanent headquarter in Buenos Aires since 1998 coordinating research, post-graduate training and academic liaison with Latin America. Beyond its close European links Bologna enjoys multiple international connections, with North America, Africa, Asia and Australia.

With regard to the international reputation, the University of Bologna is among the top 5 Italian universities in the main International rankings. It aims for excellence both in the education and in research. It has been successfully evaluated and thus funded by the Italian Ministry of Education for excellent research activities within its Departments. It is the second Italian University in terms of funds received by the European Commission under the Research and Innovation Programme Horizon2020. The Alma Mater ranks among the top universities in Europe for funding for competitive research.

The University of Bologna is committed to the values of sustainability, such as enhancing and safeguarding the territory, improving community wellbeing, promoting a knowledge-based development economy, social equity, and the ability of those involved to work effectively together for the common good.