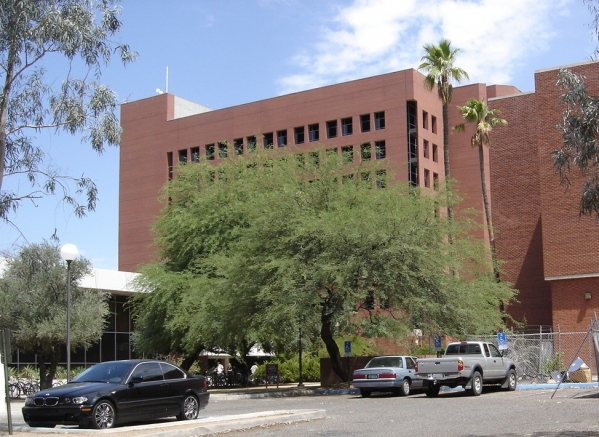 Predating the state from which it takes its name, the University of Arizona is a leading research institution located in the city of Tucson. Funding for the university was allocated in 1885 – when Arizona was just a territory of the US, not a full state – in a step that was regarded as a poor deal by Tucson’s residents, who had hoped to receive the more lucrative appropriation to build a mental hospital instead. Amid this reluctance, finding land for the university was a challenge, until two professional gamblers and a saloon keeper were persuaded to donate a patch of desert; allowing construction to begin in 1887, and classes to begin in 1891. Since then, the university has expanded to cover more than 380 acres of central Tucson, with much of the campus having been designated as an arboretum because of the rare trees that it holds. Almost all of the university’s buildings are characterised by the use of red bricks, particularly in facades. The university is divided into a number of colleges, and boasts two medical schools, as well as the Banner-University Medical Center, which is rated as one of the best hospitals in the US. Among the colleges is the University of Arizona Honors College, which aims to provide an experience similar to a liberal arts college, with more than 4,500 students. The university is home to seven libraries and nine museums, including the Arizona State Museum and Biosphere 2, described as a “world under glass”, holding a living rainforest and an “ocean” in glass domes. The university is renowned for its research impact, and a particular research strength is space science, with the institution claiming to have been awarded more Nasa grants than any other university in the US. Overall, the university receives more than $580 million (£402 million) in research funding every year. In turn, through knowledge transfer and technology parks, the university estimates that it supports $8.3 billion of economic activity in Arizona every year. Sports teams and alumni of the university are known as “Wildcats”, and the institution’s motto is “Bear Down, Arizona” – the last words of revered American football quarterback John “Button” Salmon, in 1926.

Sharanda
This comment was minimized by the moderator on the site

I studied at UofA during the third year of my MSci Chemisty degree at University of Nottingham, UK. The campus is lovely and bike friendly.I bought a cheap bike off of craigslist to get around and at the end of the year I gave it away....

I studied at UofA during the third year of my MSci Chemisty degree at University of Nottingham, UK. The campus is lovely and bike friendly.I bought a cheap bike off of craigslist to get around and at the end of the year I gave it away. Shockingly, there was a language barrier! For example, I needed a hoover to clean my room and the dorm receptionist was very confused until I remembered that Americans call it a vacuum. I shared a room with a stranger! It's normal in America to have a roommate. I stayed in a mixed dorm, Hopi Lodge. There were lots of socials activities and support from the dorm RA. There was a lot of opportunities for free pizza, wings and candy floss, I loved it! The campus is very pro fitness, there's workout stations around the campus and a well equipped gym that you have to pay for. Across the road from the campus is a outdoors activity shop that host lots of different hiking/camping and surfing trips which I took advantage of. Teaching is great, I had to take some graduate classes as required by University of Nottingham, UK. Also, I joined a research group and help to complete one of the groups research projects.