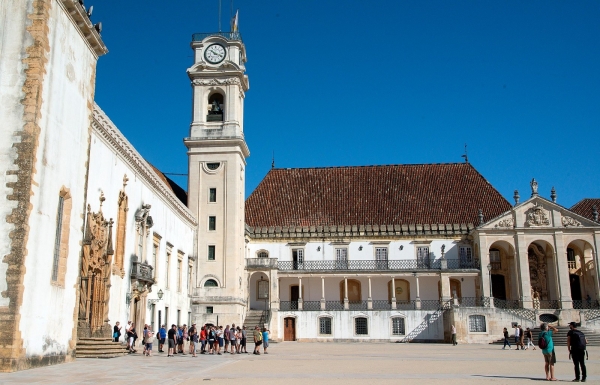 Founded in 1290, the University of Coimbra (UC) is one of the oldest universities in the world and the oldest in all of Portugal. Up until the early part of the 20th century, it was also the only Portuguese-speaking university in the world. Built in the grounds of a former palace, its 16th century campus is classified as a UNESCO World Heritage site.

Located in the historic city of Coimbra, the university is home to over 21,000 students, 10% of whom are international students, placing it among Portugal’s most international universities and lending the city a cosmopolitan feel.

UC is organised across three campuses and comprises eight faculties that offer a large and diverse academic portfolio. The university is particularly popular with technology and science students and the university is home to the largest science faculty in the country.

In keeping with its 700 year history, the university emphasises tradition alongside modernity and innovation.

Key features on campus include a theatre, sports facilities and stadiums, a publishing house, an astronomical observatory, a baroque library and an 18th century bell tower. The university also oversees a number of museums, including a science museum and a museum of sacred art.

The university lays claim to a number of unique traditions such as Queima das Fitas (Ribbon Burning), to celebrate the end of studies, and the tying of tin cans to the legs of new students to welcome them to the university.

Coimbra is regarded as a safe and friendly city to live in. Dating back to the Roman era, it is the fourth largest city in the country, situated on a riverfront, where medieval architecture sits alongside modern buildings.

PhD in Electrical and Computer Engineering