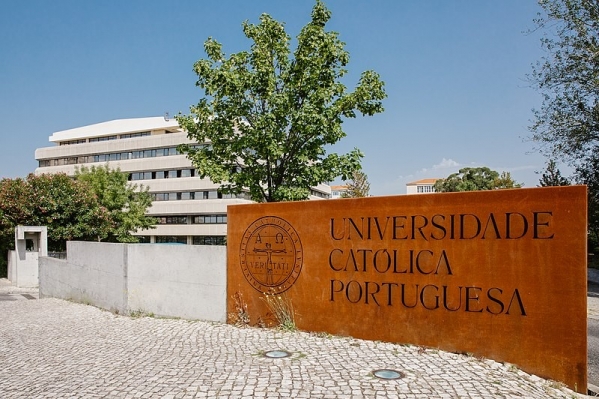 The Catholic University of Portugal, also known as UCP or "Católica", was the first modern university in the country not to have been founded by the state. It was originally opened as a philosophy faculty in Braga in 1967. Three years later, the university both expanded to the capital Lisbon, where it is now headquartered, and received official status as part of an agreement between the Catholic Church and the Portuguese government.

Since then UCP has grown to include two further bases in Porto and Viseu, and the institution’s 15 faculties are spread out across the four locations. UCP’s autonomy has become less unusual in recent decades as private universities began to be launched in Portugal, but it remains relatively unique as a public, non-state, not-for-profit institution.

In total, around 11,000 students are enrolled at UCP, with over 1,000 teaching staff. The faculties include economics; education sciences; arts and humanities; as well as biosciences and bioengineering. It currently offers 13 undergraduate courses, 18 masters degrees and four PhDs. Universidade Nova de Lisboa and UCP have worked together to create full-time and part-time MBA programmes, which include a month at MIT’s Sloan School of Management in Boston.

The university is part of the Erasmus+ programme and 900 students took part in the programme during the 2016/17 academic year, including those sent to foreign universities and those received at UCP. Indeed, half of the student body at UCP is international and 40 per cent of the faculty comes from outside Portugal. The university offers five scholarships to students of Portuguese American descent.

Faculty of Philosophy and Social Sciences

Beatriz
This comment was minimized by the moderator on the site

Catholic Lisbon School of Business and Economics is one of the best universities in Portugal in Business area. I'm currently doing my master program in Catholic and it's had been a very challenging experience. The environment is great especially...

Catholic Lisbon School of Business and Economics is one of the best universities in Portugal in Business area. I'm currently doing my master program in Catholic and it's had been a very challenging experience. The environment is great especially if you are looking for a multi-culture experience. The professors have practical experience in the area that they are teaching and the university invests a lot in Research area which is great if you were looking for a prestige university to do your master program. More than 40% of the master' students in Catholic are not Portuguese because the University gives a lot of support to foreign students. The Master programs in CLSBE are all in English and although you have some specific and obligatory courses related to your specialization you can also do a lot of elective courses and you have more than 30 available in different areas of study which can add extra value to your master (Languages, Finance, Marketing, Strategy and Entrepreneurship are some of this areas).

The university is very good in all terms. Always looking to help students and gives a great life opportunity. Facilities are outrageous with rooms fully equipped and some of them are open 24 hours a day.