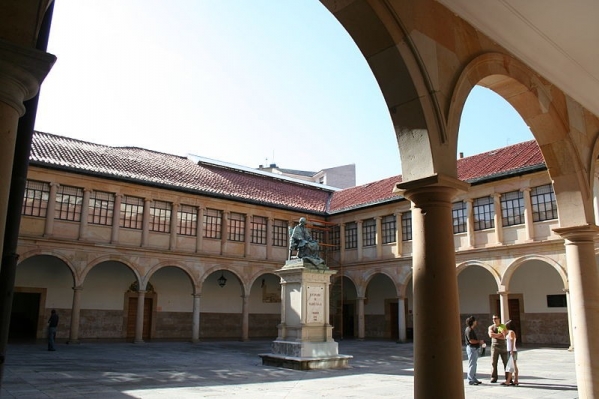 The University of Oviedo is a Spanish public institution of higher education founded in 1608. It is a medium-size university with more than 23,000 students, 2,100 lecturers and 1,000 administration staff. Its academic offer includes degrees in all branches of knowledge, including 51 undergraduate programmes, 49 master’s degrees and 24 PhD programmes. The university also offers 14 degrees taught through the medium of English, as it receives 1,100 foreign students per year. The University of Oviedo has a well-established network of partners at a global scale and it is currently a member of the G9 group of Spanish Universities. As for research, the university has leading groups in several branches of knowledge (including humanities, education, and social sciences) and it currently has 500 contracts with companies. In 2009, the University of Oviedo was one of the nine institutions awarded with the Campus of International Excellence by the Spanish Ministry of Education – the seal with was renewed in 2014. The University of Oviedo is the only institution of higher education in the region of Asturias and it has a strong impact and engagement in the territory.

University of Valladolid
Established in 1346, Universidad de Valladolid (U ...