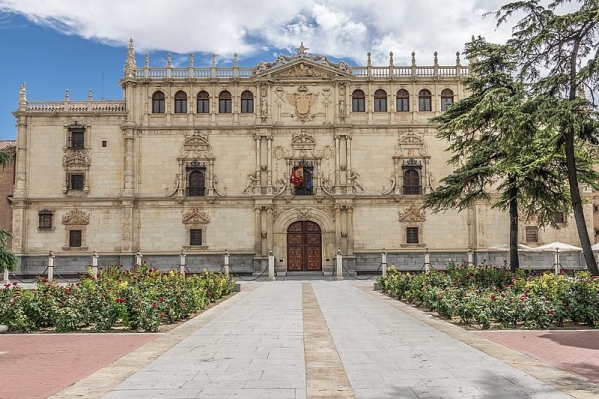 The University of Alcalá (UAH) is a public university located in Alcalá de Henares, Madrid, a Unesco world heritage site and one of the longest standing European universities, dating back to 1293. In 1499, Cardinal Cisneros expanded the institution’s studies with the creation of a higher college that would later become the University of Alcalá, one of the first examples of a model university town. Today the University of Alcalá is a modern institution, founded in 1977, that offers a wide range of undergraduate and postgraduate degree programmes adapted to the European Higher Education Area and covers all fields of knowledge, from humanities to engineering, and from social science to experimental and biomedical science. Today's University of Alcalá preserves its traditional humanities faculties, a testimony to the university’s efforts to promote and diffuse the Spanish language through both its studies and the Cervantes Prize, which is awarded annually by the king and queen of Spain in the Paraninfo (Great Hall). The university has added to its time-honoured education in the humanities and social sciences new degree subjects in scientific fields such as health sciences and engineering, spread out across its three campus, nine faculties and 23 departments. The university boasts four associated teaching hospitals where students may do their internships. The university is firmly committed to research, technological innovation and collaboration with business and industry.

INTERNATIONAL PROGRAM ON ELECTRONICS AND MECHANICS