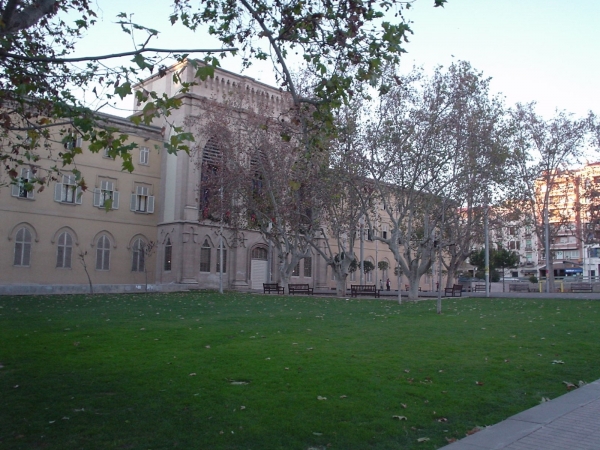 The institution was founded in 1300 as the Estudi General de Lleida when a charter was granted by King James II of Aragon to the city. This decision was inspired by a public decree issued by Pope Boniface VIII in Rome in 1297.

In 1717 a decree was ordered by King Philip V to close down the institute along with other institutes in Catalonia, following a perceived Sedition from Aragon counties for refusing to support the House Of Bourbon in the War of the Spanish Succession. Over two and a half centuries later, the university was eventually re-established in 1991.

UdL has 26 departments, and these are split over four campuses across the city of Lleida. The campuses have seven exclusive schools and seven faculties between them: arts; law, economics and tourism; education, psychology and social work; nursing and physiotherapy; medicine; school of agrifood and forestry science and engineering (ETSEA); and the polytechnic school.

In addition to these, there are three other schools affiliated with UdL, research centres and a library on each of the four campuses. Most of the buildings at the universities are relatively modern, but notable is the university's central grand historical edifice, situated on Lleida's prominent Rambla d'Arago.

Notable alumni of the university include: Juan Baptista de Acevodo, former Bishop of Valladolid and Grand Inquisitor of Spain, active from 1601 to 1608; Spanish bishop and cardinal Francisco Desprats (known as the Cardinal of Leon in the 1400s); and in more recent times, Spanish author Maria Lapiedra.

University of A Coruña
Established in 1989, Universidade da Coruña (Univ ...