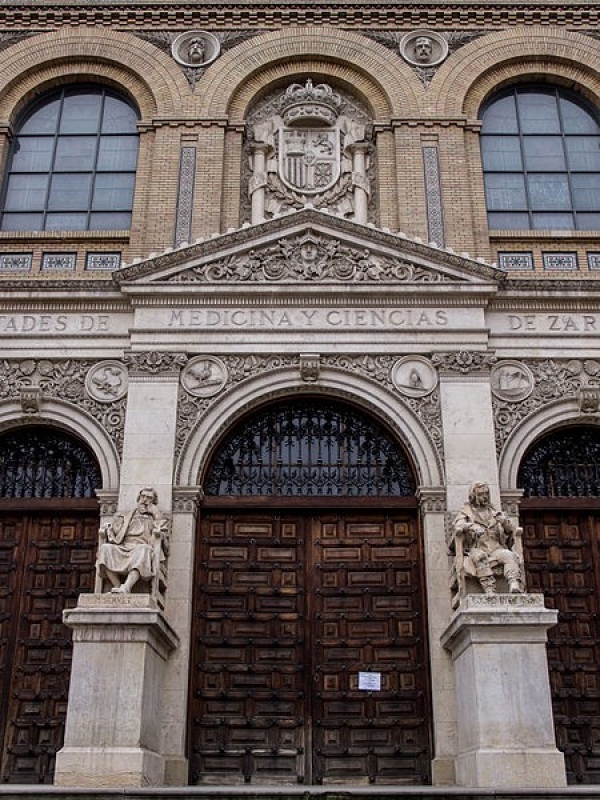 The site of the University of Zaragoza has hosted an institute of education since at least the eighth century, with its status as a university confirmed as long ago as 1542. This makes it one of the oldest universities in Spain.

The modern day University of Zaragoza, located in the country's North East, has colleges and academic facilities that are spread out throughout the city of Zaragoza. The Campus Plaza San Francisco is the largest of its five city locations, and houses the majority of the colleges and departments.

Some faculties such as humanities and computer science are located on two smaller campuses. One, known as Huesca, is situated 75km northwest of the city and includes the faculty of health and sport science and the faculty of business and public management. The other, called Teruel, is 170km south and is home to the technical college and the faculty of social and human sciences.

Students studying at the university reside in a city with a rich history, with Roman and Arabic influences. It was named European Capital of Culture in 2012, and is widely known for its diverse population, as well as its warm dry summers and mild winters. Zaragoza is also the political and economic capital of the region of Aragon.

The university itself has a number of research facilities, and is highly regarded in immunotherapy cancer research. It has played host to a great number of influential figures, and among its best known alumni are the Cuban nationalist and writer Jose Marti, the physician Miguel Servet and former Spanish prime minister Manuel Azana.

University of A Coruña
Established in 1989, Universidade da Coruña (Univ ...