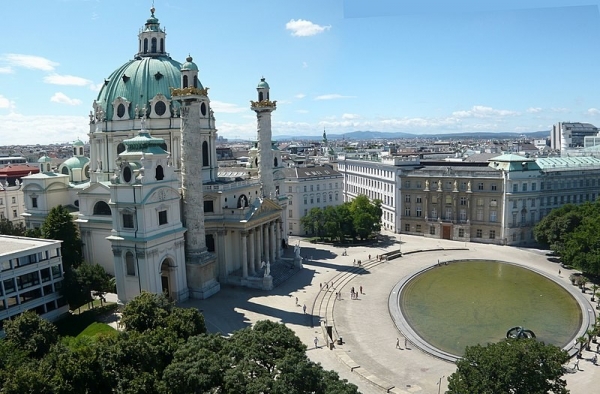 Founded in 1815, Vienna University of Technology (TU Wien) was known original as the k. k. Polytechnic Institute with a focus on scientific research and teaching. Five faculties were created in 1865 before it was renamed the Technical University in 1872. Over a hundred years later, in 1975, it adopted the name Technical University, which it goes by today. Under the 2002 University Act, TU Wien gained full legal capacity.

At TU Wien, students are encouraged to engage with the university’s research projects, many of which are incorporated into its teaching.

With close to 5,000 staff across the entire university, ranging from professors and lecturers to scientific and non-scientific staff, TU Wien caters for around 30,000 undergraduate and postgraduate students. The first doctorates at the university were awarded in 1902.

The university library, established the same year as the university, was completed in 1987. Organised across six floors it includes open access areas, reading rooms and 700 individual study desks. The building is decorated with numerous owl sculptures, designed by the Swiss artist and architect Bruno Weber, and a lion fountain on the ground floor created by the sculptor Gero Schwanberg