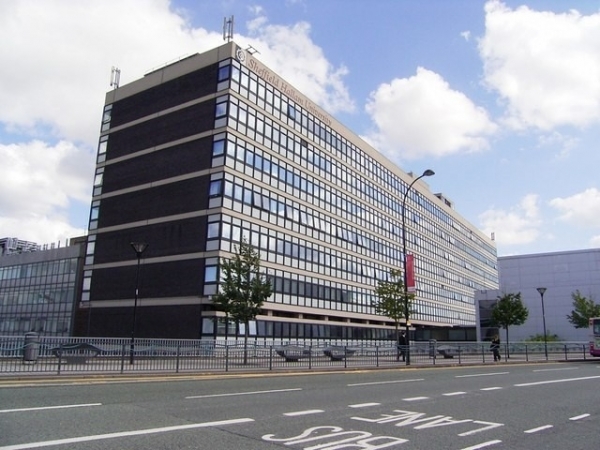 Sheffield Hallam University was founded in 1843, originally as the Sheffield School of Design and in response to the industrial revolution, in which Sheffield established itself as a leading centre for steel production.

Granted university status in 1992, the university is now the sixth largest in the UK with over 30,000 students, including 4,000 students from overseas.

The university has two campuses: City Campus is at the heart of the city and located near to Sheffield railway station; and Collegiate Campus, which is a couple of miles further out and surrounded by green space. Both comprise Grade-II listed buildings alongside more modern facilities.

It offers over 700 courses for students to choose from, with more than half its courses including an integrated work placement or similar.

The university prides itself on its health and social care courses, teacher training, and sport and physical activity. Its most popular courses by enrolment numbers are in business and administrative studies, medicine, and biology.

Sheffield is the UK’s fifth largest city and, with more than 60,000 students resident, it has a reputation for fun and friendliness.

It's also safer than other big cities, according to the 2013 UK Peace Index, which judged it to be an easy-going and tolerant place to live.

As well as laying claim to art galleries, culture and a thriving music scene, Sheffield is the greenest city in England, with over 200 parks and more trees per head than any other city in Europe.

It's also located close to the Peak District National Park, an area of outstanding natural beauty, while the neighbouring northern cities of Manchester and Leeds are within easy reach.