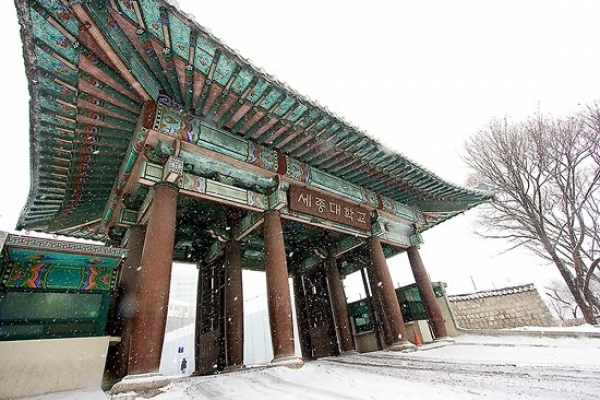 Sejong University is one of South Korea’s most distinguished and prominent academic institutions.

Founded in 1940 as the Kyung Sung Humanities Institute, it became a teaching college for women before gaining university status in 1978 when it was named after Sejong the Great, the fourth king of the Chosun Dynasty and overseer of the Korean alphabet Hangeul.

Now co-educational, the university has nine colleges, gaining particular acclaim for its courses in hotel management, animation and physical education.

However, the university has been quick to spot changing trends in teaching and research. For instance, its Graphene Research Institute was named a priority research centre by Korea’s research foundation and a department for national defence has also been created in recent times.

The university has adopted a problem-based learning approach to teaching, expanded its internship and industry-academia partnership programmess and added inter-disciplinary courses and classics courses to facilitate multi-disciplinary thinking, establishing a curriculum that stresses the three core values of the Smart Era – Creativity, Specialty and Ethics.

At its present campus in Kunja-dong, Sejong boasts many impressive teaching and research facilities, as well as several leading cultural and artistic spaces.

The Sejong University Museum houses around 5,000 artifacts which are displayed in groups based on time period and field, with traditional houses reconstructed on the second floor.

The multipurpose DaeYang Hall, an auditorium with a capacity of just over 2,000 people, is also one of Korea’s finest cultural spaces, which has hosted many lectures, concerts and artistic performances.

The university’s library – the first ever World Trade Organisation-sponsored library in Korea – is also a source of pride, with the 10-storey building housing more than 740,000 volumes.

With spaces for more than 3,000 students, it also contains a variety of specialized rooms for electronic information, periodicals, social sciences, humanities, natural science and the arts.

Korea Advanced Institute of Science and Technology
Located in the science and research hub of Daedeok ...