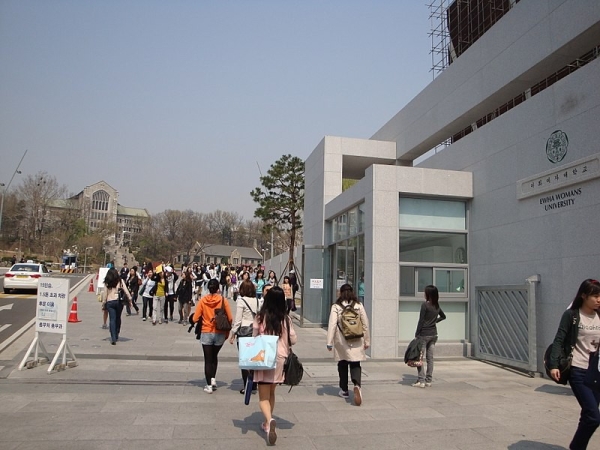 Ewha Womans University was the first educational institute for Korean women. It traces its origins back to 1886, when American missionary Mary Scranton taught classes at her home in Seoul.

The university was named by King Gojong. “Ewha” means “Pear Blossoms”, a flower which is thought to have been near Scranton’s home. The word “womans”, rather than “womens” was used to emphasise the fact that each student is seen as an individual.

College courses began in 1910, when there were just 15 students, while the first PhDs were awarded in 1963. There are now more than 16,000 students. In 1946 it became the first university in South Korea to receive government accreditation. The institution is also linked to a primary and secondary school.

In 2007, the university established Scranton College, named after its founder, to offer Korea’s first self-designed major in an undergraduate programme.

The university is also home to a Multicultural Institute, which aims to conduct academic research and teaching and to develop policy around multiculturalism in order to create a diverse global society. Meanwhile its Asian Center for Women’s Studies seeks to elevate women’s status in Asia and beyond.

The university’s mission is to modernise and promote opportunities for women’s education. The institution has three virtues: knowledge, goodness and beauty.

The institution also has a goal for at least ten of its departments to rank in the world top 200 and for the university as a whole to eventually reach the world top 100.

Ewha Womans University is located in Seoul, the capital of South Korea.

Korea Advanced Institute of Science and Technology
Located in the science and research hub of Daedeok ...