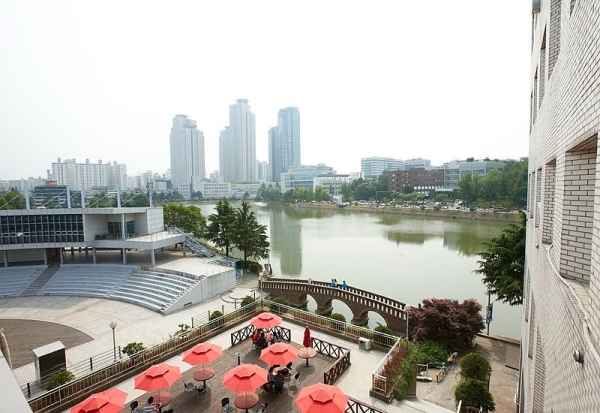 Konkuk University is a private institution located in South Korea, with its main campus in Seoul, the country’s capital, and a second base in Chungju, in the mountainous North Chungcheong province.

Konkuk University was founded as Chosun School of Politics in 1946, and was originally intended as a school for the political leaders of the future. Its founder was Dr Yoo Seok-chang, a medical doctor who had in 1931 opened a People’s Hospital before turning his attention to the nurturing of young leaders.

The Chosun School became the Konkuk University, the word konkuk meaning “founding a nation”, in 1959.

The university is a national leader in agricultural and life science research, and has been called the “fastest growing university in Korea”.

In addition to teaching in Korean, the institution offers a range of courses in a number of other languages including English, Japanese, Spanish, Vietnamese, French and Chinese, through the Konkuk University Language Institute, which opened in 1990.

This facility offers international students the chance to study while also developing their knowledge of Korea and Korean culture. The Language Institute also offers Korean language tuition to people from other countries.

The Seoul campus includes the Sanghuh Memorial Library, opened in 1989 and formerly the biggest library in Asia; Konkuk University Museum, which houses some 4,500 historical artefacts; and Ilgam Lake, the centrepiece of the campus, which was formerly used for ice-skating competitions in the winter.