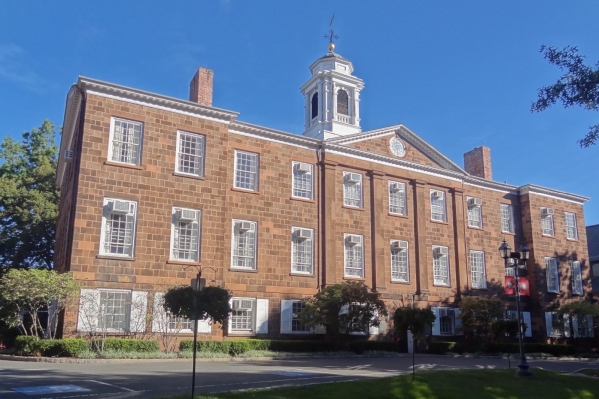 Rutgers University-New Brunswick (RU) was founded in 1766 in the city of New Brunswick, in New Jersey, USA. RU is the eighth-oldest higher education institution in the USA and one of the ‘Colonial Colleges’ founded before the American Revolution. The school was originally founded by members of the Dutch Reformed Church to train ministers and to "educate the youth in language, liberal, the divinity, and useful arts and sciences". The institution, called Queen’s College, was granted its charter by the last Royal Governor of New Jersey, William Franklin in 1766. The first classes only had one teacher and were held in a tavern until the outbreak of the Revolutionary War. The school was renamed Rutgers College in 1825 after the wealthy New York philanthropist Henry Rutgers who saved it from financial difficulty when he donated $5000, allowing it to reopen. The college became a university in 1924 when it introduced graduate study programs and it became the state university of New Jersey in 1945. Shortly afterwards Rutgers merged with the University of Newark, College of South Jersey and South Jersey Law School which became semi-autonomous campuses of Rutgers known as Rutgers University–Newark and Rutgers University–Camden.

Today RU is a thriving public research university and a member of the Big Ten Academic Alliance. The university has in the region of 70,000 students over its many campuses and offers a vast range of academic options from undergraduate to doctoral level. The scope of RU’s academics is shown by the number of departments in the university – around 175 offering over 100 undergraduate and 100 masters and 80 doctoral degree programs. The university prides itself on its cutting edge research and is classified as a Research Intensive University by the Carnegie Foundation.