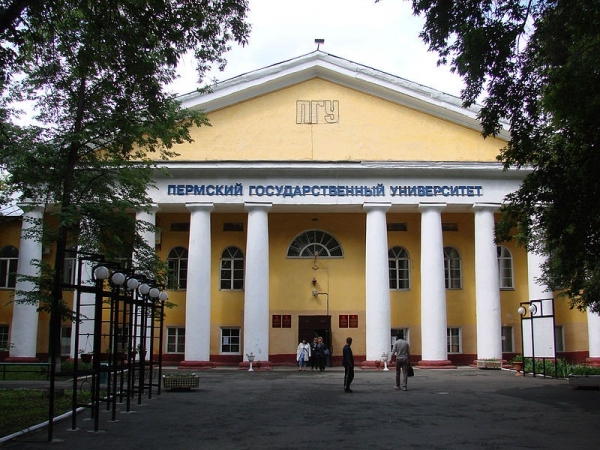 Founded in 1916 as a subsidiary of the University of St Petersburg, Perm State was the first university in the Urals region of Russia. It acquired some of its most significant features early in its history. The Institute of Natural Sciences, which nowadays comprises departments of Chemistry, Radioecology and Environmental Protection, was founded in 1921 followed a year later by the Botanical Garden, a five-acre facility in the centre of the city.

During this period an English traveller named Greenwald called Perm ‘A Ural Cambridge’, reporting that “The centre of the whole cultural life is the University. Its students give the air of academic campus to Perm”.

The modern institution is a public university, recognised by the Russian state as a National Research University. It has 80 departments divided into 12 faculties – Biology, Chemistry, Economics, Geography, Geology, History and Politics, Law, Mechanics and Mathematics, Modern Foreign Languages and Literature, Philology, Philosophy and Sociology and Physics.

A concentration of defence industries meant that Perm was a closed city during the Soviet era, and the university has since 1990 made it a priority to develop overseas partnerships. Oxford and Manchester are among the longest-standing of more than 70 international partners.

One of eight universities in Perm, PSU has played a significant role in the city’s attempts to diversify from its historic industrial base into a knowledge and science-based economy. An important junction on the Trans-Siberian railway, Perm is also a noted cultural centre with an Opera House dating to the 1870s, a modern Museum of Contemporary Art and an Edinburgh-style ‘White Nights’ festival held every June. The university’s arts centre, ‘Academia’, has facilities including a 700-seat concert hall.