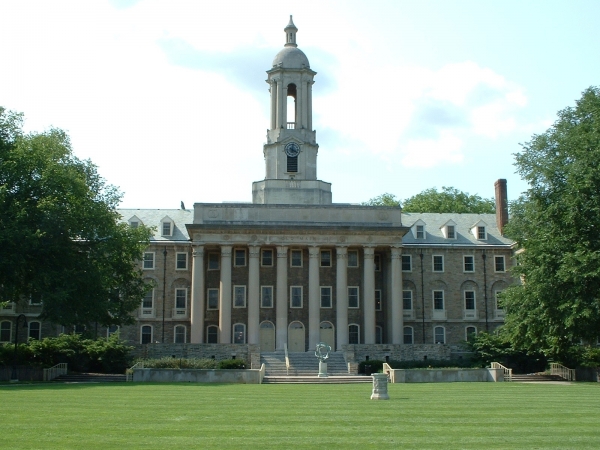 Pennslyania State University is one of the “Public Ivies”: a publicly-funded institution which is thought to provide a standard of education comparable to that offered by the elite Ivy League. Penn State is one of the largest universities in the US. It runs more than 160 undergraduate degree programmes and a similar number of postgraduate qualifications, while conducting more than $800 million-worth of research every year. The majority of students are based on the main campus, University Park, located in the centre of the state, but many students begin their studies on another campus before transferring to the main site. The university has two law schools, as well as the Penn State Milton S. Hershey Medical Center, which treats more than 1 million patients every year. The institution also operates Penn State World Campus, allowing students from around the world to study for the university’s qualifications online. All this is a far cry from Penn State’s humble beginnings in 1855, when it was founded as the Farmers’ High School of Pennsylvania. The institution gradually diversified its offering but did not gain university status in 1953, a move which was followed by a tripling of student numbers. The university’s mascot is the Nittany Lion – referring to the mountain lions which are thought to have once roamed nearby Mount Nittany – and alumni take the same name. Penn State is also home to the world’s largest student-run fundraising event, the Penn State IFC/Panhellenic Dance Marathon, which sees dancers strut their stuff around the clock over the course of a weekend, raising millions of dollars for charity.