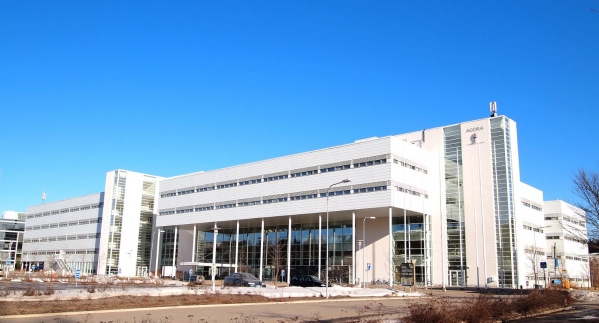 Today there are three campuses around the city of Jyväskylä in central Finland. The oldest and largest is the Seminaarinmaki campus in the city centre, while the Mattilanniemi and Ylistonrinne campuses which are located on opposite shores of Lake Jyväsjärvi, are just a short walk away.

The university also has two student accommodation complexes in the city suburbs which have a combined capacity for around 5,800 students.

Jyväskylä is a small, closely connected city with a large student population and the University of Jyväskylä attracts a huge number of applicants each year. In 2015 the acceptance rate was 10 per cent, making it one of the most popular universities in Finland.

The university is home to the following seven faculties: Humanities, Information Technology, Education, Business and Economics, Sport and Health Sciences, Mathematics and Science, and Social Sciences. The university’s roots in teacher education have not been forgotten, and this subject remains an area of expertise at the University of Jyväskylä.

The University of Jyväskylä is aiming to become an international leader in fields of teaching and learning, as well as increasing its status as a multidisciplinary research university.

Among the notable alumni of the University of Jyväskylä are prime minister of Tanzania, Majliwa Kassim Majaliwa and award-winning author Sofi Oksanen.

Faculty of Mathematics and Science

Program in Information and Software Engineering