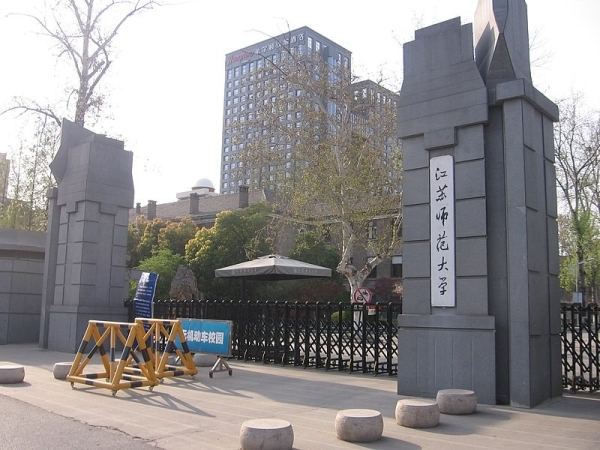 Spread across four campuses in the ancient city of Xuxhou, Jiangsu Normal University has come a long way from its earliest roots.

Founded in 1952 as the Jiangsu Wuxi Business Cadre School, it moved from Wuxi to Xuxhou six years later in order to offer university-level education in the north of the Jiangsu province. After three mergers, four changes of name and a six-year hiatus without admitting new students during the Cultural Revolution, it took its current name in 2011.

A national university jointly run by the Ministry of Education and Jiangsu’s provincial government, it has offered postgraduate courses since 1979 and a full range of academic options with a focus on science and engineering since the merger with Xuxhou Industrial College in 1999. This merger brought with it the Jiawing campus on the edge of Xuxhou, in 1999.

In 2017 it enrolled 18,000 higher education students, including 3,000 postgraduates, plus 12,000 adults on courses leading to higher education. There were also around 400 overseas students from 46 countries. International links include an agreement with Peter the Great Polytechnic University in St Petersburg, Russia. The two institutions are partners in an engineering institute since 2016.

Research in chemistry accounts for the bulk of its presence in international research, while medical researchers at the university were partners with universities from Hong Kong and Macau in devising a new treatment for triple negative breast cancer.

Notable alumni include former chemistry student Zhong Huijan, who is believed to be the second richest self-made woman in Asia after the $14 billion sale of her pharmaceutical company in June 2019.