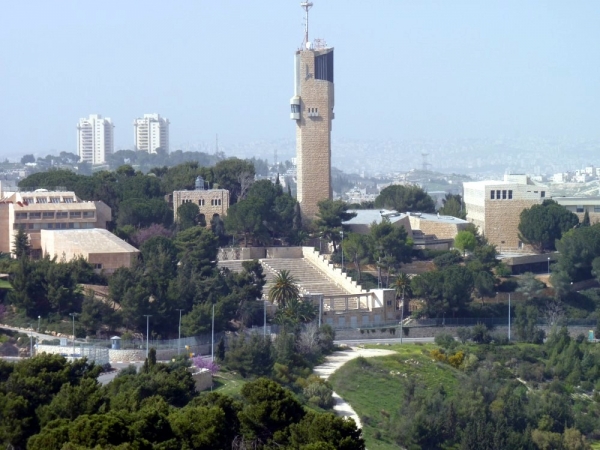 The Hebrew University of Jerusalem was founded in 1918, 30 years before the state of Israel itself was established. It is the second oldest institution in the country, and is known as HUJI.

It counts Albert Einstein and Sigmund Freud among the members of its first Board of Governors, and has continued to have a close relationship with some brilliant minds, counting seven Nobel Prizewinners among its faculty and alumni.

Einstein left his personal papers, and their copyright, to HUJI, and they are stored in the Albert Einstein Archives, contains about 55,000 items. This archive has been digitised, and there are plans to make it available online. It includes not only academic work, but also more personal pieces such as love letters to his second wife, Elsa.

HUJI’s main campus is located at Mount Scopus in north-eastern Jerusalem. In total, about 23,000 students study in the institution’s 7 faculties and 14 schools, which include faculties of law; mathematics and science; medicine; dental medicine; and a school of business administration.

The university has also made a number of its courses available for free on the massive open online course platform Coursera, giving students the chance to experience what it might be like to study there.

Courses offered online include one on the subject of modern Hebrew poetry, and another that looks at synapses, neurons and brains.

In addition to its academic stars, the Hebrew University of Jerusalem has produced a string of famous faces. Among its alumni are four Israeli presidents, including the incumbant Reuven Rivlin; three prime ministers of Israel; Oscar-winning actress Natalie Portman; and former CEO of electronics giant Hewlett-Packard Léo Apotheker.

Build a Modern Computer from First Principles: From Nand to Tetris (Project-Centered Course)

Sex from molecules to elephants