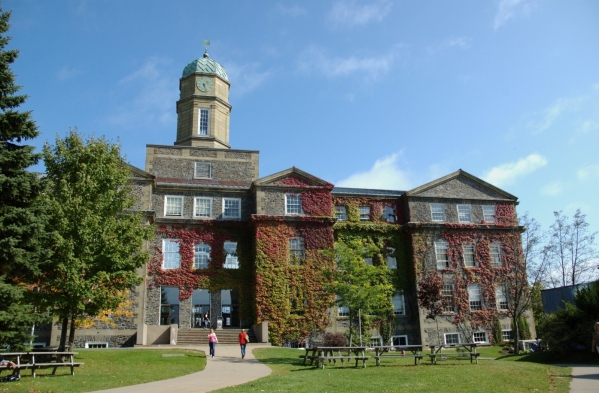 Dalhousie University is one of the oldest universities in Canada. It was established as a College in 1818 by George Ramsay, the ninth Earl of Dalhousie and Lieutenant-Governor of Nova Scotia (later, the Governor General of Canada), whose aim was to create a higher education institution accessible to all.

As a proud Scot, Ramsay modelled his College on the University of Edinburgh, using his own money in its construction.

The university began awarding degrees in 1866. Today, the institution that’s affectionately known as ‘Dal’ to its 18,000 students, offers over 180 degree programmes across 12 faculties located in the city of Halifax, on Canada’s eastern coast.

Dalhousie’s academic portfolio covers a wide range of subjects, including sciences, medicine and the arts. The university is also home to an agricultural campus, which includes a working farm, 1000 acres of research fields, and several gardens and greenhouses.

Throughout the 20th century, the university gradually expanded.  In 1997, it merged with the Technical University of Nova Scotia (TUNS), also in Halifax, to build on its research capacity into applied technologies. The merger with TUNS led to the development of a new Faculty of Computer Science, with Dalhousie now capable of commandeering more than $135 million in funded research.

Notable graduates of the university include three former Canadian prime ministers, the Nobel Prize-winning astrophysicist Arthur B McDonald, and Michel Trudeau, son of Pierre Trudeau and younger brother of Justin.

Each year on February 1, Dalhousie University celebrates ‘George Munro Day’ in honour of the famous American publisher and philanthropist. Born in Nova Scotia, Munro donated money to the university throughout his lifetime and bequeathed it a hefty endowment at the time of his death in 1999.