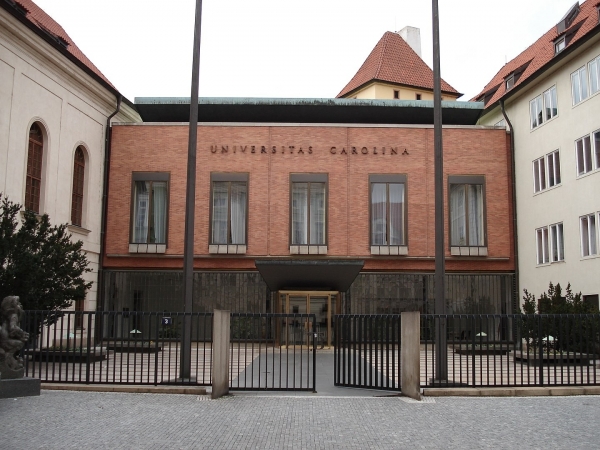 Charles University (CU) in Prague, founded in 1348, is the oldest and largest university in the Czech Republic. It was the first university to be established in Central Europe and takes its name from its founder, King Charles IV, King of Bohemia and King of the Romans.

The university was modelled on the first European universities, Bologna and Paris in particular, and its original faculties were in theology, liberal arts, law, and medicine.

Today, CU is a modern, multi-disciplinary and research-oriented institution that is home to more than 50,000 students undertaking bachelor, master’s and doctoral programmes.

Most of the university campus is spread throughout Prague, with two other centres located in the nearby cities of Hradec Králové and Pilsen.

At the centre of the university is an historic building known as the Carolinum. Found within Prague’s old town, it is the seat of the rector and the university’s Academic Senate, and is one of the oldest dormitories within Central Europe to still remain.

The university is also home to botanical gardens and boasts international links with higher education institutions such as Imperial College London, The University of Washington, Lomonosov Moscow State University, and the University of Amsterdam, publishing joint publications with each.

PHD STUDENTS OF HISTORY OF MEDICINE