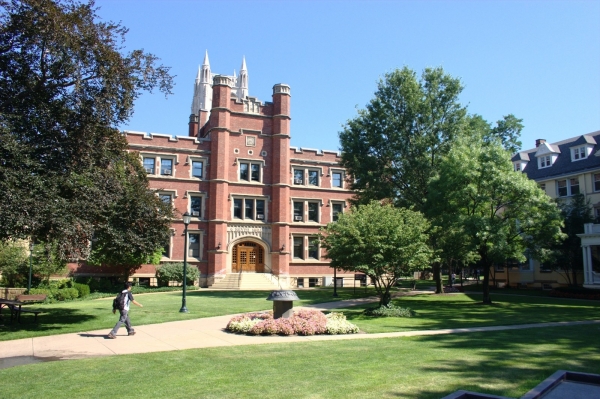 Case Western Reserve University (CWRU) is a private research university in Cleveland, Ohio. With its roots dating back to 1826, it became the university it is today in 1967 following a merger between Case Institute of Technology and Western Reserve University. The university serves over 11,000 students who are drawn from all 50 US states of America and 86 different countries. CWRU is made up of eight schools. These are the school of Engineering, Arts and Sciences, Nursing, Applied Social Sciences, Dental Medicine, Medicine, Law, Management, plus a Graduate Studies school. Faculty members total around 3,300. It offers nearly 95 undergraduate degree programmes, 135 graduate and professional courses, and close to 140 dual-degree programmes. In addition to this, the university has over 100 interdisciplinary academic and research centres and institutes that, between them, provide an extensive range of study. The university campus comprises 185 acres of land in Cleveland’s University Circle – known as ‘Ohio’s most spectacular square mile’ – and a 389-acre farm in the picturesque suburb of Hunting Valley. CWRU has a budget of over $1 billion and research revenues of around $360 million. As well as an endowment of approximately $1.7 billion, it draws funds of roughly $166 million from private sources in the form of gifts and pledges. It is a member of the Association of American Universities and has been accredited by the Higher Learning Commision of the North Central Association of Colleges and Schools. It is classified by the Carnegie Foundation as a university with very high research activity. The CWRU alumni network is more than 100,000 strong and the University is associated with 16 Nobel laureates. Students of CWRU are known as Spartans because, like their namesake warriors, they ‘value an education that engages mind and body’.

Be a Leader, Develop a Leader