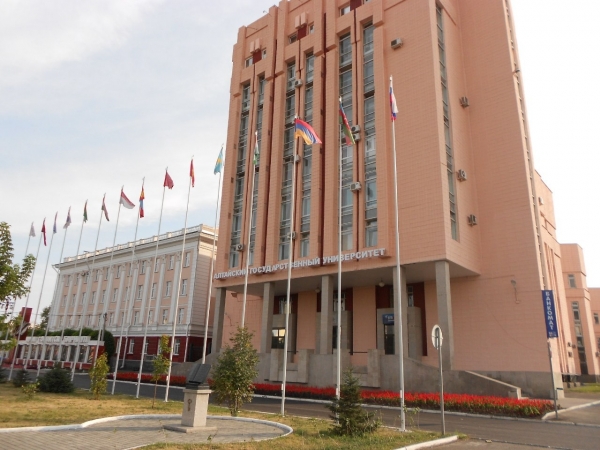 Altai State University was founded in 1973 due to the need for a multidisciplinary university in the Altai region. The area desperately needed highly qualified specialists but there was no suitable higher education institution located nearby.

Both undergraduate and postgraduate courses are available at the university, with classes primarily taught in Russian. Students can choose to study within a range of departments including banking and finance, chemistry, international relations, and journalism.

The Department of the Educational and Extracurricular Activities is responsible for overseeing the university’s student groups. There are numerous activities for students to get involved in outside of the classroom to help them realise their creative potential. The university has academic, cultural, and sports clubs available for students to join, so there is something for everyone.

At the forefront of the university are its complex research projects. The university is committed to research in a multitude of areas, some of which include the study and conservation of biodiversity, the cultural heritage of Siberia, and innovative biomedical technologies. There are four scientific research institutes at the university, which specialise in biological medicine, ecological monitoring, liberal arts, and wood thermoplastic.

The university is located in Barnaul, the capital of Altai Krai, which is in Western Siberia. The city is a major cultural, educational, and industrial hub. Historically, Barnaul played an important role in the Russian Empire as 90 per cent of the Empire’s silver was smelted in the city. Today its heritage has been preserved through the architectural monuments that remain from the 18th and 19th centuries.