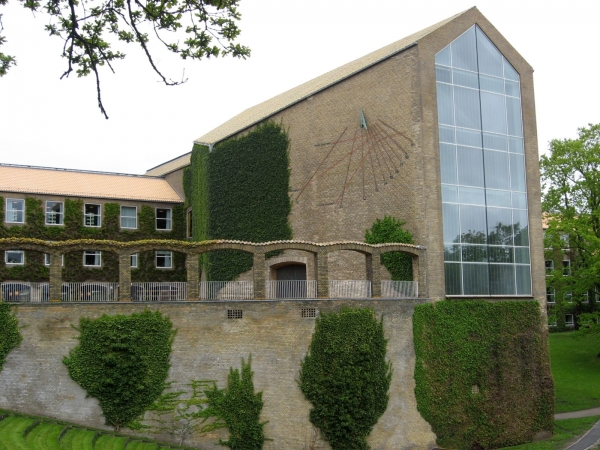 Aarhus University in Denmark, founded in 1928, is among the world’s leading research-intensive universities. With over 44,000 students, it is the second largest university in the country and comprises four faculties in Arts, Science and Technology, Health, and Business and Social Sciences. Globally orientated, the university has exchange programmes in place with over 50 institutions worldwide including the University of the Arctic, the Utrecht Network, the Nordic Centre Fudan and the Nordic Centre India. More than 60 degree programmes are taught in English and 12% of its students are international, representing more than 100 nationalities between them. While its main campus is located in Aarhus – Denmark’s second largest city, in the centre of the country – it has other campuses in Emdrup, near Copenhagen, and Herning on the Jutland peninsula. The university also lays claim to leading research facilities: the Aurora, a shipping vessel that serves as a floating lab for biologists, geologists and ocean researchers, the supercomputer GenomeDK, used to develop medical therapies, a robotic telescope in Tenerife and various stations throughout Greenland. It is also home to the Museum of Ancient Art, a planetarium, parkland, an outdoor amphitheatre, botanical gardens, an annual boat race, and distinctive architecture. In keeping with its collaborative emphasis, Aarhus has research partnerships with a multitude of industrial and governmental organisations, including Smart Cities, the Centre for Small and Medium Sized Enterprises and institutions that work to address issues surrounding energy, the environment, food, agriculture, health and education. The university’s alumni include Jørgen Vig Knudstorp, the CEO of Lego, Prince Frederik of Denmark and Anders Fogh Rasmussen, former Prime Minister of Denmark and a Secretary General of NATO. It has associations with two Nobel Laureates: Jens Christian Skou in Chemistry (1997) and Dale T Mortensen in Economics (2010). On the site of a former Viking settlement, Aarhus itself constitutes one of Denmark’s fastest growing cities with a young population and a renowned musical heritage. Concert halls and live music venues are in plentiful supply and each year the city plays host to the eight-day SPOT music festival.