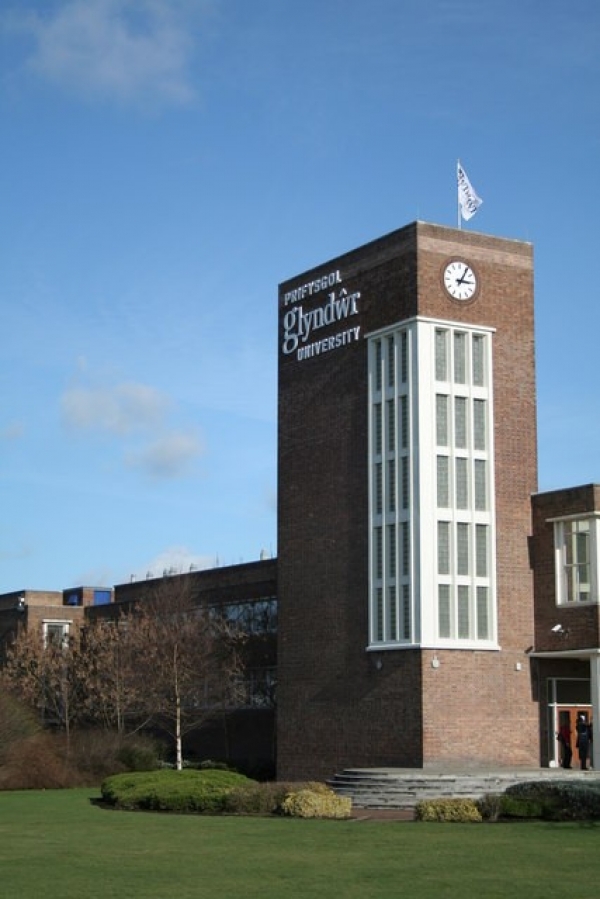 The university is named in honour of Owain Glyndwr, an important figure in Welsh history. Born in the 14th century, Owain was known for advocating the creation of a university in both North and South Wales. He was also ahead of his time in his belief that society should be based on four pillars: parliament, freedom of speech, independent judiciary and autonomy of universities. Today he is still recognised as a symbol of hope and learning and is an inspiration to students at the university.

There are three campuses located in northeast Wales, UK. Wrexham Campus is the largest campus and is home to the majority of the university’s courses. There are a combination of Grade II listed buildings and modern 21st century facilities at Wrexham Campus. Northop Campus specialises in the teaching of equine science and animal behaviour, welfare and conservation. It has an organic farm production unit, environmental and science laboratories, woodland and conservation area and several gardens. St Asaph Campus is a research centre for high-level opto-electronics technology. It regularly hosts scientific conferences, training sessions, exhibitions, seminars and meetings.

The university offers both undergraduate and postgraduate degree programmes. There are courses available in a range of areas including animal sciences, art and design, computing, humanities and psychology and health and wellbeing among others.

SRUC (Scotland’s Rural College)
SRUC was established in 2012 through the merger of ...