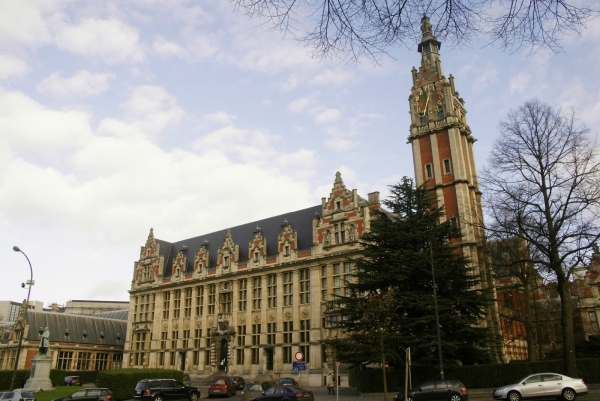 The Vrije Universiteit Brussel (VUB) in Belgium is an institution founded on the principles of free enquiry and an adherence to reason. The seal of the university is embroidered with the Latin Scientia Vincere Tenebras, meaning ‘science will conquer the darkness.’

The university grew out of the French-speaking Université Libre de Bruxelles (ULB) until the two institutions separated in 1969, with the Dutch-speaking VUB becoming fully independent in 1970.

The principles of free enquiry the university is established on are ones that its founder, Pierre-Théodore Verhaegen, held close to his heart. As a lawyer and politician, Verhaegen wanted to create a place of great learning that would be disconnected from the stifling aspects of the church and state and, in 1834, he achieved this with the inception of the ULB.

Verhaegen’s legacy survives and every year he is commemorated at both universities through the laying of wreaths at his memorial. The VUB and its sister institution the ULB remain closely affiliated, helped by their proximity to each other in Brussels.

The university is organised across two campuses in the centre of Brussels: Etterbeek, its main campus, and a medical campus at Jette. It is the biggest Dutch-speaking employer in the area, located close to the Royal Belgian Institute of Natural Sciences, the Royal Palace of Brussels and other major attractions and places of historical interest.

VUB prides itself on having an open-door policy and a highly democratic spirit, where everyone at the university, from students to professors, are given a say in the management of the institution.

The university also strives to participate in the local community through initiatives such as the Centre for Information, Documentation and Research on Brussels, which it helped to set up and now contributes to. It also conducts research into social developments within Brussels.

University Governance and Academic Leadership (HE)