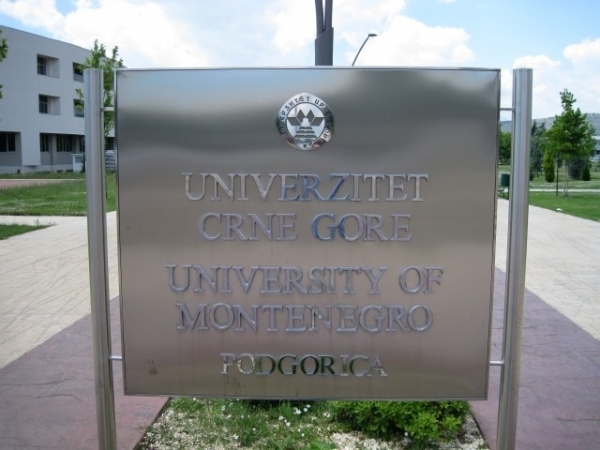 The University of Montenegro provides the majority of higher education in the former Yugoslav state which broke away from Serbia following an independence referendum in 2006.

Based in the national capital Podgorica, which was known as Titograd until the break-up of Yugoslavia, the university was founded in 1974 as the University of Titograd. It linked the city’s faculties of economics, engineering and law and institutes of history, agriculture and biological and medical sciences with the Colleges of Education at Nikisic and Marine Studies at Kotor.

It became the University of Montenegro in 1992 and remains the only public university, alongside two small private institutions and a number of private faculties, in the country. In 2018 it enrolled a little over 20,000 students.

Eleven of the 19 faculties and schools are located in Podgorica, with others in Nikisic, Cetinje and Kotor. The Kotor-based Institute of Marine Studies operates five specialist laboratories and plans to open Montenegro’s first aquarium in 2020. It incorporates the Centre for Rehabilitation and Endangered Species. It has significant support from the Monaco-based Albert II Foundation.

Development has inevitably followed national educational policy, with the introduction of European-style postgraduate degree structures in 2017, the abolition of fees for undergraduates in the same year and the planned introduction of free master's courses from 2020.

It is the only Montenegrin institution in the Nature Index for 2018-9 and it plans to open a national Science and Technology Park in partnership with the government by the end of 2020.

The university is not so bad overall, the students of every department need more practical experience, so that is a minus. The professors of my program were approchable, wiling to help, we had some nice scolarship opportunities.

Marko
This comment was minimized by the moderator on the site

The statement in the title is perhaps the best way to describe the University of Montenegro's Electrical Engineering course. Despite many of the labs being rather old and with limited equipment, this course offers a comprehensive look at...

The statement in the title is perhaps the best way to describe the University of Montenegro's Electrical Engineering course. Despite many of the labs being rather old and with limited equipment, this course offers a comprehensive look at electrical engineering, with many branches being available for students to choose from: electronics, telecommunications, power engineering and control engineering. The university has recently upgraded its amphitheatres which makes the lectures more enjoyable, and I hope the push for modernization will lead them to upgrade the labs soon. Most of the professors are really good and open for communication, especially in the third year of studies and above. The goals and requirements for each subject are well defined for the most part and textbooks are well-written bar some exceptions. I didn't use the dorms so I can't comment on the accommodation too much but from what I've seen the quality of it varies a lot. The EE course is free so it's great value and it also offers great career prospects in Montenegro, as well as internationally.