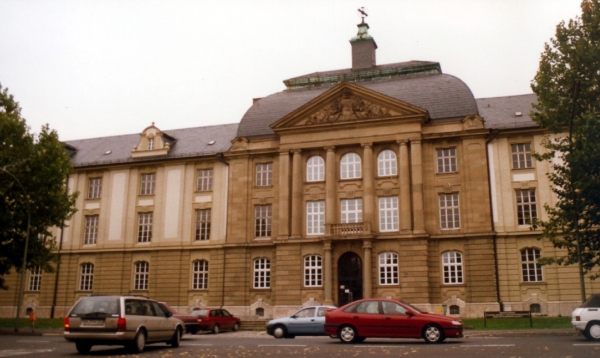 After it was all but destroyed during a World War II bombing raid, the university re-established itself in the 1960s on the fringes of the city.

Consisting of 10 faculties, the university has around 28,000 students and offers academic study in the humanities, law and economics, life sciences, and natural sciences and technology.

The university is included in the U15 group of German universities, which recognises its status as a research intensive and leading medical institution. Both the university and its hospital together employ around 10,000 staff, including 425 professors, making them two of the largest employers in the region.

Included among the university’s alumni are 14 Nobel laureates, who at some point in their life taught or studied at Würzburg. They include Wilhelm Röntgen who in 1901 won the Nobel Prize in Physics for his research into X-rays.

Since the 1990s, cross-faculty research centres have been established here, such as the Research Centre for Infectious Diseases, which is home to students and professors from the faculties of medicine, biology, chemistry and pharmacy.

Since 2004, Würzburg has also had a Graduates School that allows doctoral candidates to continue studying at the university.

The city of Würzburg is famous for its remarkable baroque and rococo architecture, while the university itself boasts a botanical garden dating back to the 17th century that contains thousands of different species of plants and covers about nine hectares. It serves many students at different levels on a variety of courses and is also free to the public.