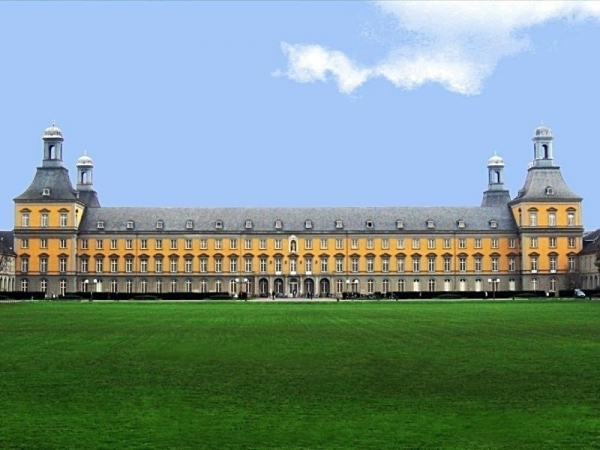 The University of Bonn, officially named The Rhenish Friedrich Wilhelm University of Bonn after the Prussian King Friedrich Wilhelm, was founded in 1818. Established at the time of the Age of Enlightenment, the university, built on critical thinking and liberal values, expanded rapidly with many eminent scholars attending from across the whole of Germany. By the 1930s, the Nazis had forced many Jewish intellectuals and dissidents to leave, and the wartime bombardment of Bonn that followed in 1944 led to the university’s destruction. In the post-war period, the university was rebuilt, students returned and its academics set about restoring the institution to its former glory. Today, the University of Bonn is among the world’s leading research universities. It is home to more than 35,000 students and 4,500 academic staff, with strategic partnerships in place with 70 universities across the globe. Its strong international spirit is evident in its cohort of 4,000 international students, which, at about 12.5% of the student populace, is higher than the national average. Each year it confers approximately 800 PhDs. The university cites subject strengths in Mathematics, Physics, Astronomy, Economics, Biosciences, and Philosophy. Boasting two Nobel Prize winners: Wolfgang Paul in 1989 for Physics, and Reinhard Selten in 1994 for Economics, it also has associations with eight Leibniz Prize winners. Its most notable alumni include Karl Marx, Friedrich Nietzsche, and the composer Robert Schumann. Offering over 90 degree programmes, the university is located across 371 buildings in the city of Bonn. Situated on the banks of the River Rhine, Bonn is a historic city and the birthplace of Ludwig van Beethoven.

Ulm University
Located in the South German state of Baden-Württem ...