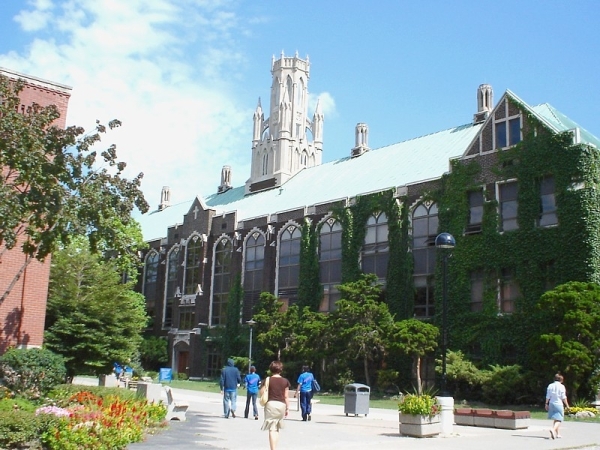 The University of Windsor was first established in 1857 as an institute of higher education in Windsor, Southern Canada.

It was first known as the University of Windsor in the early 1960’s, following a merger of various academic assets from separate institutions.

The university operates a large campus along the Detroit River, which makes up the US border, and is itself situated in the Canadian city of Windsor, Ontario.

The campus is the location of the bulk of the university’s academic and social facilities, including an extensive array of sports facilities and a number of student bars and clubs.

Aside from this, students at the university also have access to the sights and sounds of the Canadian city of Windsor and the American city of Detroit, both of which provide a huge amount for students in terms of nightlife and recreational activities. In terms of academic options, the university offers well over 100 different undergraduate degrees across 11 different schools, as well as a number of postgraduate options.

In addition, the university has a history of accepting large numbers of international students, and provides avenues for students to get involved in research in their chosen field of study. The university has a number of famous alumni, including former Chrysler CEO Thomas LaSorda, hockey player Frank Mahovlich and Fiat CEO Sergio Marchionne.

Bachelor of Arts in Music Honours

Bachelor of Commerce in Honours Business Administration and Economics