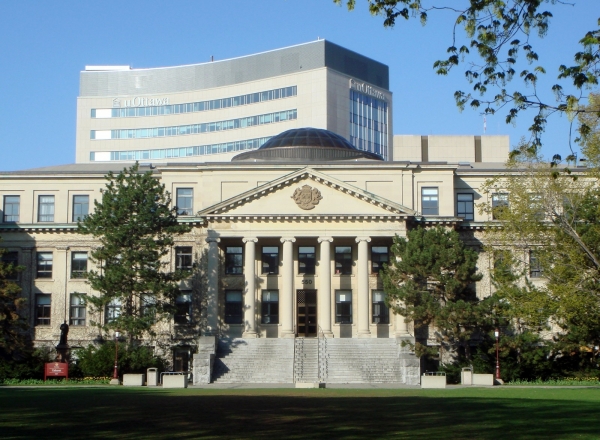 First established as the College of Bytown in 1848, the University of Ottawa is now the largest bilingual (English-French) university in the world.

The university is located in the Canadian capital city of Ottawa, and its main campus can be found in the residential neighbourhood of Sandy Hill, near the city’s Rideau Canal.

With over 40,000 students, 5,000 employees and 180,000 alumni, the university claims to be a major economic force in the National Capital Region, boasting a 97 per cent employment rate for its graduates.

Ottawa offers over 450 programmes across Arts, Education, Engineering, Graduate and Postdoctoral studies, Health Sciences, Medicine, Science, Social Science, Civil Law, Common Law and the Telfer School of Management. The university is home to the largest law school in the country.

A research university, Ottawa is a member of the U15: a cluster of research-intensive institutions in Canada. The University of Ottawa Library comprises 12 separate locations and collectively boasts over 4.5 million titles (as of 2013). The principle library, located in Morisset Hall, is named after Father Auguste Morisset, a former director of the university’s libraries who also founded its Library School in 1958.

The university also has a Museum of Classical Antiquities, established in 1975 to inspire greater curiosity in classical studies. Made up of ancient artefacts covering the period 7BC-7AD, the permanent collection is often accompanied by touring exhibitions from all over Canada as well as international collections.

Its motto is ‘Deus scientiarum Dominus est’, which translates as ‘God is the Lord of knowledge’.

The Canadian American television personality Alex Trebek, host of the TV game show Jeopardy since 1984, is a University of Ottawa alumnus who has a hall on campus that's been named in his honour.