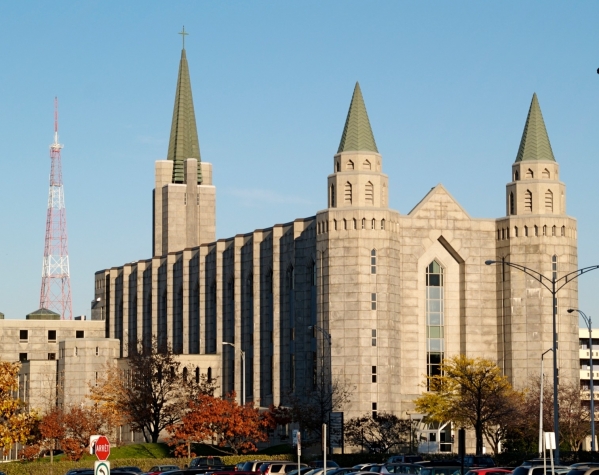 Université Laval thrives on innovation and creativity. As one of Canada’s top research universities, it boasts $403,8 million in dedicated research funds. And with its location in beautiful Québec City—a UNESCO world heritage destination—it offers students and researchers a unique personal and digital experience. The University works in synergy with ecosystems and partners in industry and technology and is third in Canada for growth in private-sector research revenue. It is also the only Canadian university with four Canada Excellence Research Chairs—and that is in addition to its 275 research chairs, centres, and institutes. A pioneer in northern research for more than half a century, Université Laval is home to three of the most important northern research initiatives in the world, the Sentinel North research program, Institut nordique du Québec (INQ) and ArcticNet, The University’s Centre d’optique, photonique et laser (COPL) is also a centre of excellence, turning out innovations leading into numerous patents and high tech start-ups. As Canada's top university for distance learning, Université Laval excels in the art of supporting students online. The University’s active learning ecosystem is based on the work of François Brochu, a law professor whose “inverted classroom” experiments helped spark a pedagogical revolution. This great award winning digital learning environment has been a real hit among Université Laval’s partner institutions. Through its Digital Transformation Academy, the University has been tasked with helping over 60,000 government employees bring their organizations into the digital age. Some of the most cited academics in the world are Université Laval professors working to build a better world. Microbiologist Sylvain Moineau was one of scientists behind Crispr/Cas9, one of the world’s most powerful gene editing tool. Jacques Simard, a pioneer in the field of cancer screening, has been instrumental in reducing cancer mortality rates among women. Gary Kobinger is one of the world's leading experts in infectious diseases; his research team has been behind the latest international developments on the Ebola vaccine. As the scientific director of the International Observatory on the Societal Impacts of Artificial Intelligence and Digital Technologies, Lyse Langlois sees to the ethical and responsible modernization of our societies in the age of Industry 4.0 and advancing artificial intelligence. Physician Jean-Pierre Després is an authority in healthy lifestyles and the driving force behind sustainable health initiative Québec Health Alliance. Through this unprecedented alliance, hundreds of health professors and researchers are called to work together on major research projects involving municipal partners and health institutions using PULSAR, a collaborative platform for large scale data collection that is opening up new horizons in patient—researcher interaction. Université Laval’s Faculty of Medicine educates and trains doctors who contribute to society and make a difference in their communities. The faculty is a three-time winner of the prestigious Keith Award for the university producing the most rural doctors in Canada. Dedicated to shaping the next generation of leaders, Université Laval, through its Faculty of Law, has trained more Canadian prime ministers than any other university: Louis St-Laurent, Brian Mulroney, and Jean Chrétien. The University has produced illustrious graduates in every discipline, including poet and national icon Gilles Vigneault, world-famous architect Pierre Thibault, CEO of AI leading tech company Coveo Louis Têtu, respected businessman Louis Garneau, and the president and CEO of Québec biggest private energy company, Sophie Brochu. Université Laval is the first voluntarily carbon-neutral university in the country, the fourth university worldwide and the second in Canada for its efforts to fight climate change (according to the objectives established by the United Nations). In 2016, the University won the prestigious International Green Gown Award for its commitment to sustainable development, finishing ahead of 215 other postsecondary educational institutions. Université Laval also owns and manages Forêt Montmorency. At 412 km2, it is the world’s largest university forest. The University is also recognized for its culture of responsible entrepreneurship, offering researchers and students an environment where they can learn, innovate, and build businesses that have a lasting impact on society. The University has launched a new incubator with various business startup programs and more than 250 active participants. University business accelerator Entrepreneuriat Laval is ranked second worldwide by UBI Global 2018, having led to the creation of over 700 businesses. Creaform, a leader in 3D lasers, and network-testing expert EXFO are both products of Université Laval’s culture of innovation. The University traces its origins back to the Séminaire de Québec founded in 1663, making it the oldest francophone university in North America. Over the years, it has shaped the history and course of postsecondary education on the continent. Only three universities in Canada have a higher graduation rate than Université Laval. There are over 312,000 Université Laval graduates around the world, contributing to human progress. The University’s 3,825 professors, lecturers, and other teaching and research staff share their knowledge with a student body of more than 43,000, including nearly 11,000 graduate students. The University welcomes some 7,000 international students from 120 different countries. Over 2,500 of its students are in Canada through a national and international mobility program, and nearly one in two doctoral candidates are from abroad. Université Laval is also known for its global outlook, which enhances and enriches the learning experience. The University is committed to international development and humanitarian aid and has signed 850 partnerships with 560 postsecondary institutions in 75 countries around the world. A multifaceted institution, it delivers a vast range of education and training, with 500 programs and 17 different faculties. University life unfolds on a verdant 2 km2 campus that has no equal in all of Québec. A full 64% of the campus is green space, with a wonderful variety of woods and wildlife. The University is also known for its PEPS, the biggest sports complex in Eastern Canada. Campus buildings are full of welcoming common areas with abundant natural lighting—the perfect studying and research environment. Université Laval offers a profoundly enriching academic experience in a stimulating environment that fosters creativity and innovation while embracing our human and digital realities.

Bachelor of Forest Management And Environment