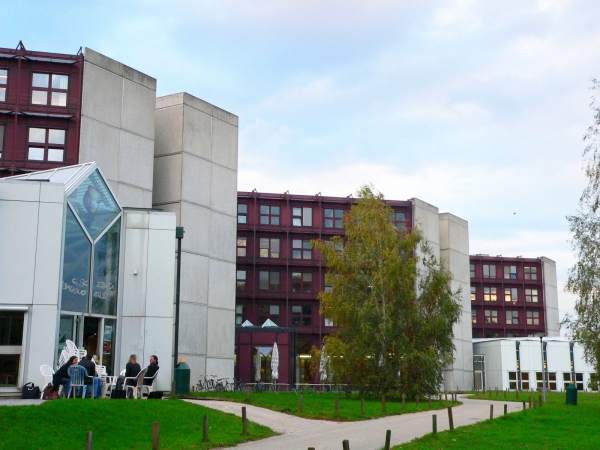 The University of Lausanne is a public institution on the shores of Lake Geneva, with around 14,300 students and 3,000 researchers. The university can trace its roots back to a French language Protestant theological academy founded in 1537. The number of faculties increased over the years until, in 1890, the institution became a university. In 1970, it moved from the old city of Lausanne to its current site at Dorigny. The campus is linked by public transport to Lausanne. UNIL has seven faculties, with the Faculty of Biology and Medicine and the Faculty of Geosciences and Environment the latest additions in 2003. Approximately one fifth of students and one third of teaching staff come from abroad. The Cantonal and University Library of Lausanne (BCUL) has over two million documents, housed in buildings overlooking Lake Geneva. The institution places an emphasis on an interdisciplinary approach, ensuring close cooperation between staff and students. It boasts state-of-the-art laboratories for researchers, along with well-equipped lecture theatres for staff and students. The institution also offers a wide range of continuing education and interdisciplinary courses. And there are many sporting and cultural activities on offer on campus, including underwater diving at the sports centre and theatre at the Grange de Dorigny. In terms of research and teaching, UNIL has more than 140 units working in diverse fields including aesthetics of cinema, genomics and environmental law. Towards the end of the 20th century the university was part of a project aimed at increasing cooperation between Switzerland’s French speaking universities of Lausanne, Geneva, Neuchâtel and the Ecole Polytechnique Federale de Lausanne.

Bachelor of Arts in the Study of Religions