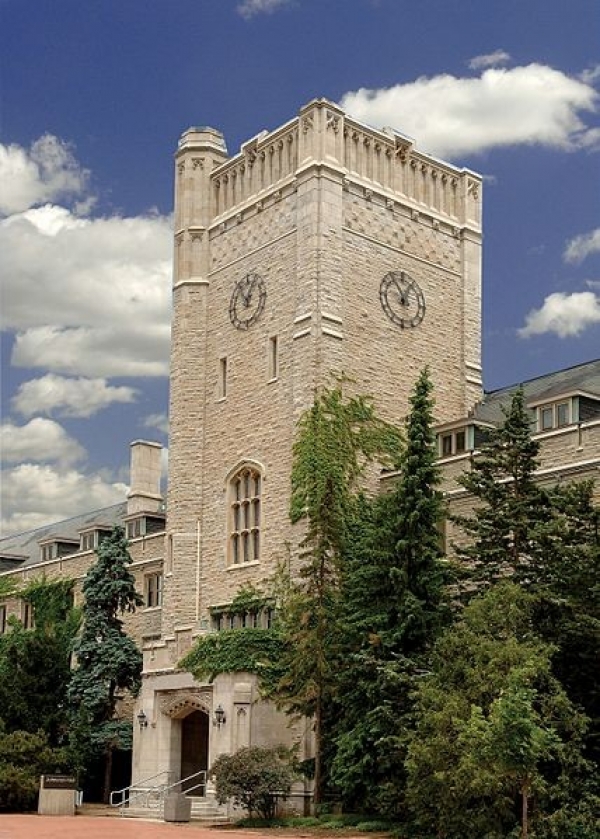 The University of Guelph (U of G) was founded in 1964 in Ontario, Canada after several existing, adjacent colleges were amalgamated by the regional government. The university can trace its history back to 1874 with the opening of Ontario Agricultural College, the college was combined with Ontario Veterinary College and the Macdonald Institute to create the modern-day "U of G".

Today the university consists of seven faculties (including the original veterinary and agricultural colleges) offering a total of 90 majors in areas like Business and Economics, Physical and Engineering Science, Social and Applied Human Sciences among others.

The main campus covers over 4 km2 and is open and green with limestone buildings dating back to the original college’s creation in the late 1800s. Faculties are housed in a variety of old and more modern buildings and the campus is also home to the large Science Complex, opened in 2008 housing research into physical, biological and computational science. ­­

Much of the campus is dedicated to student housing, most students live on campus in various halls and smaller ‘town houses’ for international and upper-year students. The McLaughlin Library provides six floors of resources for all the students at U of G as well as digital resources.

A unique tradition persists at U of G regarding an antique cannon, named Old Jeremiah, brought to the campus by students in the early 1900s. For many years there was a tradition of student pranksters stealing the cannon and leaving it in unlikely places. Although these days old Jeremiah is cemented in place it is still customary for students to sneak out in the dead of night and paint messages on the cannon.

Bachelor of Commerce in Food and Agricultural Business

Bachelor of Commerce in Hospitality and Tourism Management

Bachelor of Commerce in Leadership and Organizational Management

Bachelor of Commerce in Management Economics and Finance